Please ensure Javascript is enabled for purposes of website accessibility
Log In Help Join The Motley Fool
Free Article Join Over 1 Million Premium Members And Get More In-Depth Stock Guidance and Research
By George Budwell - Jun 21, 2021 at 11:30AM

The biotech's attempt to revive Vascepa's U.S. patent protection appears to be at a dead end.

Shares of the Dublin-based biopharma Amarin (AMRN -2.40%) are down by 10.8% as of 10:34 a.m. EDT Monday. The drugmaker's stock is taking another step backward today following the U.S. Supreme Court's decision to reject the company's bid to dispute a lower court's adverse ruling on its patents for the heart drug Vascepa.

In March of 2020, the U.S. District Court for the District of Nevada ruled that Vascepa's core patents were invalid based on prior art. This adverse ruling opened the door for generic drug approvals by companies such as Hikma Pharmaceuticals and Dr. Reddy's Laboratories. 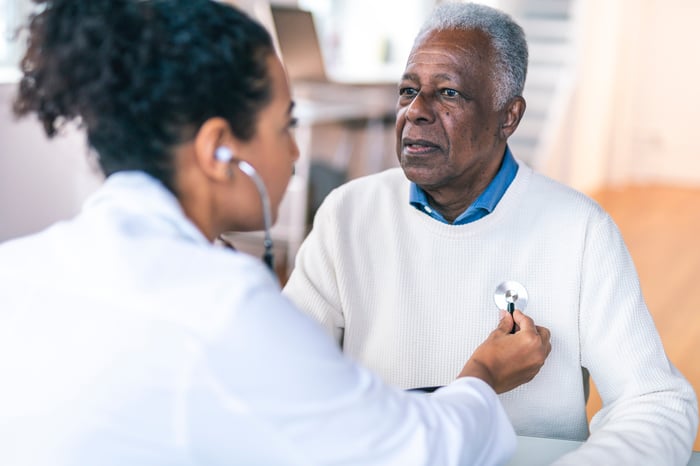 Following Vascepa's long-anticipated label expansion in late 2019 for cardiovascular patients with persistently high triglyceride levels even after being treated with statins, Amarin instantly transformed into a top buyout candidate. The core reason is that Vascepa was viewed as the next megablockbuster heart medication (a drug capable of generating over $5 billion in annual sales).

That rosy scenario was soon dashed by this adverse patent ruling, however. The long and short of it is that Amarin will now have to rely heavily on ex-U.S. territories -- where the drug still has patent protection -- to drive revenue growth.

Is Amarin's stock worth buying on this dip? As things stand now, the biopharma's shares are probably trading at around three times 2022 sales. That's a fairly typical valuation for a healthcare company with a single product on the market. So until Amarin's management expands the company's pipeline or product portfolio via an acquisition, investors might want to watch this name from the sidelines.