Shares of the Chinese mapping technology company were up after it signed a new contract last week.

Shares of Luokung Technology (LKCO 11.52%) were moving higher today for the second day in a row after the Chinese mapping technology company announced a large new contract on Friday. 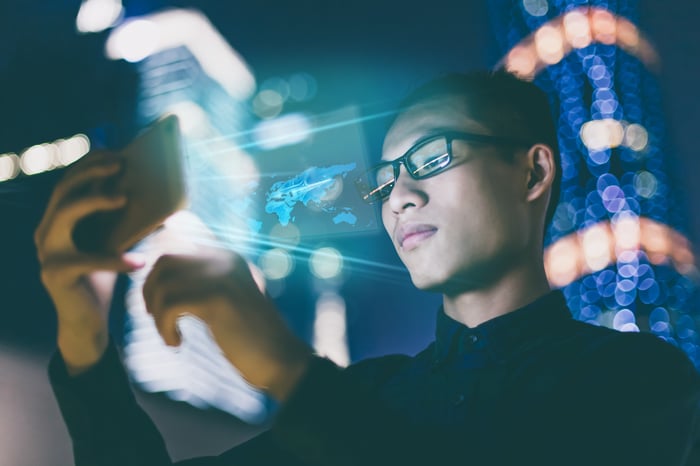 On Friday, Luokung said that its subsidiary eMapgo Technologies (EMG) has entered into a new contract to deliver "a new-generation traffic control network and smart-highway demonstration project for the Changjiu Expressway in the Jiangxi Province of China." As part of the deal, the company will be managing a 3D real-life highway digital management system that will provide real-time data to support technologies like lane navigation and autonomous driving. The new contract also complements the company's smart transportation technologies, which provide autopilot map data for car manufacturers and other smart-transportation digital services.

CEO Xuesong Song said, "We are excited about EMG's selection as the provider for this innovative smart highway project in Jiangxi, which we believe is a testament to our leading position in Spatial-Temporal data-processing technology and high-precision map data service capabilities."

Luokung has been a volatile stock this year since it was put on the U.S. Defense Department's entity list, potentially banning the stock from being traded on American exchanges. The list applies to companies that are believed to be supplying proprietary or personal data to the Chinese government or military. But the company recently won a favorable court ruling that will allow it to continue to trade on the Nasdaq, effectively blocking it from the entity list.

Last Friday's news seems to demonstrate the potential of Luokung's mapping technology, especially its role in vehicle-road collaboration, a new frontier in autonomous driving. With a market cap of less than $1 billion, the Chinese stock seems to have considerable upside potential if its technology takes off, though geopolitical tensions with China still pose a threat.