Please ensure Javascript is enabled for purposes of website accessibility
Log In Help Join The Motley Fool
Free Article Join Over 1 Million Premium Members And Get More In-Depth Stock Guidance and Research
By Keith Speights - Updated Jun 23, 2021 at 10:32AM

The path to a twofold or greater return is straightforward for each of these stocks.

To the moon? The rallying cry for Dogecoin (DOGE -4.70%) fans doesn't seem all that realistic these days. The cryptocurrency's price has plunged more than 70% below the peak set in early May.

Simply proclaiming that an asset will go "to the moon" won't make it happen. There's almost always a lot of hard work required. A good bit of luck helps, too.

If you're seeking to make outsized returns, the best alternative is to buy shares of companies working hard to succeed and that could be huge winners with a lucky break or two. Ditch Dogecoin -- here are three stocks that could double your money. 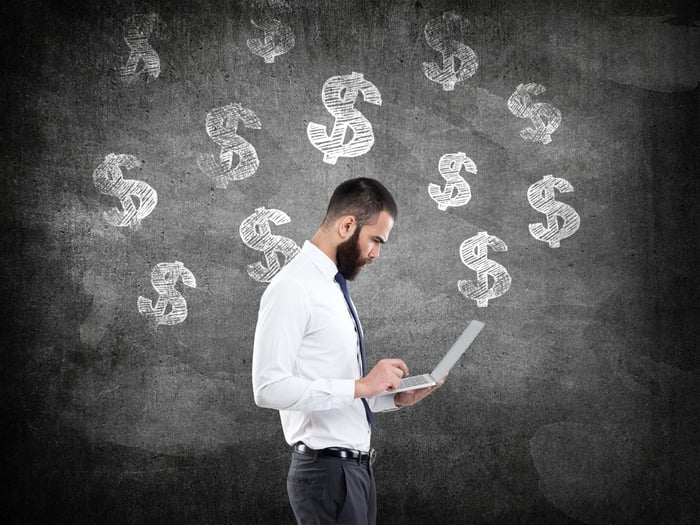 My Motley Fool colleague Cory Renauer views Axsome Therapeutics (AXSM -2.53%) as one of the top biotech stocks to buy this summer. I think that Cory's take on this up-and-coming biotech is spot-on.

Axsome doesn't have any products on the market yet. However, that could change very soon. The U.S. Food and Drug Administration (FDA) is scheduled to make an approval decision on AXS-05 in treating major depressive disorder (MDD) by Aug. 22.

The company plans to file for FDA approval of AXS-07 in treating migraine any day now. It expects to submit for FDA approval of AXS-14 in treating fibromyalgia in the fourth quarter of 2022. Axsome also plans to advance AXS-12 into late-stage testing this year for treating narcolepsy and is evaluating AXS-05 in clinical studies as a potential treatment for Alzheimer's disease agitation and smoking cessation.

Currently, Axsome's market cap is around $2.7 billion. The biotech should only need one or two of its pipeline candidates to succeed for its stock to double or more.

One of the biggest opportunities for investors right now is in buying U.S. marijuana stocks. Cresco Labs (CRLBF -3.20%) stands out as a top pick. The vertically integrated cannabis company operates in 10 states and ranks as the No. 1 wholesaler of branded cannabis products in the U.S.

What I really like about Cresco is its valuation relative to its peers. The stock trades at less than four times sales. That's one of the lowest price-to-sales multiples in the cannabis industry, including both U.S. and Canadian pot stocks.

I think that Cresco stock could double simply by continuing to expand into new markets. However, if federal cannabis laws are changed in a way that allows the company to list its stock on a major U.S. stock exchange, my hunch is that Cresco could deliver more than 2X returns over the next few years.

DermTech (DMTK -11.75%) is an overlooked healthcare stock that could be a huge winner, in my view. The company currently markets Pigmented Lesion Assay (PLA), a genomics product used for early melanoma detection.

It's still only the early stages for DermTech. The company continues to pick up payer reimbursement deals and introduce PLA to dermatologists. However, sales are booming with Q1 revenue jumping 62% year over year.

The consensus analysts' 12-month price target on the stock reflects close to a 50% premium above DermTech's current share price. I think Wall Street's optimism about DermTech is well-founded. But can DermTech really double your money? My view is that it definitely could over the next few years.