It has only been two years since Hollywood legend Steven Spielberg gave streaming companies like Netflix (NFLX -1.37%) the cold shoulder. Content made for TV screens should not be considered equal to the true silver-screen cinema, he argued. Netflix and friends should simply not be considered for movie industry honors, such as the Academy Awards.

A lot of muddy water has passed under the bridge since then. Now, Spielberg seems to have come to terms with the modern film industry's rapidly changing nature. His production company, Amblin Entertainment, just signed a multi-year content partnership with Netflix. 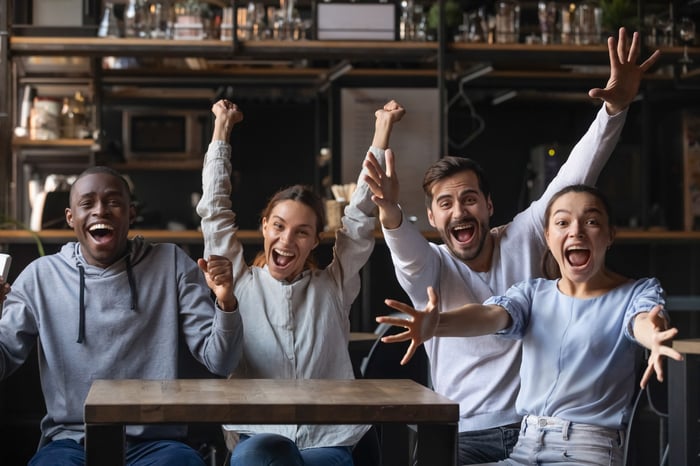 Amblin will produce several feature films per year for Netflix, potentially including movies directed by Spielberg himself. Ted Sarandos, Netflix content guru and Co-CEO, called Spielberg "a creative visionary and leader" whose stature in the film world casts a huge shadow even over Netflix's game-changing role.

"We are honored and thrilled to be part of this chapter of Steven's cinematic history," Sarandos wrote in a prepared statement.

If Spielberg still holds a grudge over the Academy Awards commotion of 2019, he is hiding it very well. The storied director of E.T. and Schindler's List sees "an amazing opportunity to tell new stories together and reach audiences in new ways." Access to a hyperefficient, global-content distribution platform appears to be more important than protecting the old studio system and its traditions.

What else is Amblin up to?

The Netflix deal is not an exclusive contract. Amblin is still making movies for the big screen in a long-standing distribution arrangement with Comcast (CMCSA -0.52%) subsidiary Universal Pictures. In other words, this deal is about Spielberg's studio exploring a new direction and not a complete switch from the multiplex to the living room.

Amblin always had the option to create content both for the movie theater and the TV market, including classic hits such as Animaniacs, ER, Under the Dome, and The Americans. These shows have been spread out fairly evenly across the major American TV networks and premium channels. Netflix even has a couple of Amblin shows under its belt already, including the single-season comedy All About the Washingtons and two seasons of the horror show The Haunting. But Amblin does not have a deep history of producing made-for-TV movies, so the Netflix deal will let the studio explore some brand new territory.

The symbolic value of Spielberg joining forces with Netflix is immense, but it's also business as usual in many ways. This is not Netflix's first big original-content deal, and it won't be the last. Steven Spielberg isn't even the first larger-than-life legend in the company's content portfolio. Martin Scorsese set that standard with the original film (and Oscar contender) The Irishman in 2019. Likewise, Spielberg has been around the block a few times, and this is just another unexpected opportunity.

It was not surprising to see that Netflix shares barely moved on the news. At the same time, this deal is a great example of what sets Netflix apart from the rising tide of rival video-streaming services. This is the gold standard of global-content distribution, the yardstick against which all other services should be measured. If Netflix is good enough for Spielberg, it's good enough for any talent you could name. I'm not so sure that Comcast's Peacock will sign A-list production deals like this one anytime soon.

Netflix walks softly and carries a big stick made out of more than 200 million subscribers. And we are still in the early chapters of this ambitious company's global growth story. The stock has gained 1,300% over the last decade, building a robust $227 billion market cap. The most rambunctious hyper-growth will probably stay in the rearview mirror, but Netflix is still a fantastic investment with market-beating growth prospects today.