Please ensure Javascript is enabled for purposes of website accessibility
Log In Help Join The Motley Fool
Free Article Join Over 1 Million Premium Members And Get More In-Depth Stock Guidance and Research
By Rachel Warren – Jun 24, 2021 at 9:57AM

You can scoop up these top stocks for less than $50 a share.

What Buffett was saying there is that price isn't everything when it comes to buying stocks. It's better to pay a slightly higher price to invest in a quality business rather than get a mediocre buy on sale.

But paying a premium for a stock doesn't automatically mean that you're snagging a quality buy, either. It's important to look beyond share price when researching companies for your portfolio. You'll want to examine other key factors, such as the demand for the company's products and services, how it stacks up against its competitors, and its ability to deliver growth over the long term.

If you're itching to add some quality bargain stocks to your cart this month, you've come to the right place. Let's get started. 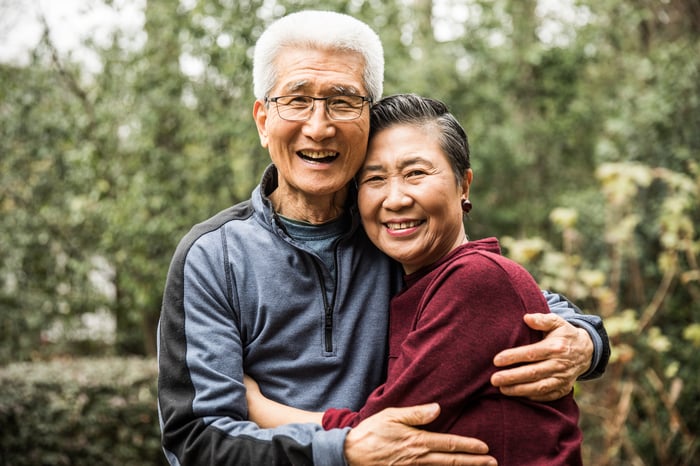 Despite being the largest pharmaceutical company in the world with a lineup of top-selling products -- not to mention its leading role in the COVID-19 vaccine market -- Pfizer (PFE -0.61%) trades for only about $40 per share. Still, the healthcare stock can lend steady, consistent growth to a long-term investor's portfolio; that price is about 26% higher than one year ago.

Pfizer also pays investors a robust dividend, yielding about 4% at the time of this writing, which far outpaces the average in the S&P 500.

In 2020, Pfizer grew its revenue 2% from the prior year. The company's financial performance in the first quarter of 2021 blew that out of the water. One of the key catalysts for this shift was Pfizer's combination of its Upjohn generics business with Mylan to form Viatris, which concluded in November of last year. Upjohn had proven to be a significant impediment to the growth of its parent company in recent years, and the spinoff has allowed Pfizer to focus on its vigorous biopharmaceutical business.

The upside of this merger is already manifesting itself in robust growth across Pfizer's stable of business divisions as well as healthy increases to its top and bottom lines. In addition, the blockbuster success of Pfizer's and BioNTech's COVID-19 vaccine, now being marketed as Comirnaty, pumped billions of dollars into the company's balance sheet in the first quarter alone.

Pfizer's first-quarter earnings report showed that revenue and net income both grew by an eye-popping 45% from the year-ago period. And even if you don't count revenue generated by Comirnaty, the company still delivered 8% growth operationally. Year over year, it also reported revenue increases in the single to double digits across its key business segments: 16% in oncology, 10% in internal medicine, 10% in hospital, 7% in inflammation and immunology, and 25% in rare diseases.

In addition to Comirnaty -- which generated $3.5 billion in first-quarter revenue -- Pfizer's exceptional growth was driven by sales of its blockbuster drugs Eliquis (a blood thinner), Xeljanz (for conditions including rheumatoid arthritis and ulcerative colitis), Xtandi (for prostate cancer), and Inlyta (for advanced renal cell carcinoma), to name a few. First-quarter revenue from these four products surged by 25%, 18%, 28%, and 34%, respectively, from the year-ago period.

Pfizer is expecting to generate between $70.5 billion and $72.5 billion in revenue for the full-year 2021, which would be as much as 73% higher than 2020. Management also expects Comirnaty to rake in $26 billion in revenue in 2021. The company recently reached an agreement with the European Union to supply up to 2.4 billion doses of its coronavirus vaccine through 2023. Pfizer also has an extensive pipeline of medicines currently in development, including an oral antiviral treatmentcandidate for COVID.

Analysts are expecting the healthcare stock to continue its robust growth, projecting about 13% average annual earnings increases for the next five years. In the meantime, its current price-to-sales (P/S) multiple is just 4.8, very low in the context of the company's long-term growth trajectory. With its affordable share price, healthy dividend, and expansive powerhouse of high-performing products, Pfizer is an incredibly attractive investment that can stand the test of time while providing steady gains to your portfolio.

Trulieve Cannabis (TCNNF -5.36%) is one of the largest marijuana companies in the U.S. with 87 dispensaries across the country, 83 of which are in Florida.

The gross domestic product (GDP) of Florida is the fourth-highest in the nation, and the state is one of the largest medical cannabis markets in the U.S., generating $1.2 billion in sales in 2020. (Recreational cannabis is not yet legal in Florida.) As the top medical cannabis company in the Sunshine State, Trulieve controls a whopping 51% share of the state's fast-growing medical-use cannabis market.

Trulieve has been able to build a thriving business while keeping most of its operations in a single state, but now it's rapidly expanding outside of Florida, too. The company recently closed multiple acquisitions in West Virginia and just opened its first dispensary in Massachusetts.

The biggest news on its expansion, however, is the pending acquisition of fellow multi-state operator Harvest Health & Recreation, which is expected to close later this year. In announcing the acquisition, Trulieve's management said that "the combined business will have operations in 11 states, comprised of 22 cultivation and processing facilities with a total capacity of 3.1 million square feet, and 126 dispensaries serving both the medical and adult-use recreational cannabis markets."

This pending acquisition, which will expand the company's footprint and its balance sheet, is great news for investors searching for a resilient pot stock that can deliver consistent high growth in the often volatile marijuana market.

In 2020, Trulieve grew its revenue by a robust 106% year over year, and its adjusted EBITDA (earnings before interest, taxes, depreciation, and amortization) surged 99%. The company also generated close to $100 million in cash flow from operations during the year.

And in the first quarter of 2021, Trulieve reported a 102% year-over-year spike in revenue, with its net income and adjusted EBITDA increasing by 27% and 87%, respectively.

Meanwhile, shares of Trulieve have popped by nearly 200% over the past year, and about 12% year to date, but the company still trades for about $38. Its P/S ratio of 7.1 is enticingly low, too. Analysts think that Trulieve has upside potential as high as 187%, so there's plenty of growth left for new and existing investors to tap into.