Please ensure Javascript is enabled for purposes of website accessibility
Log In Help Join The Motley Fool
Free Article Join Over 1 Million Premium Members And Get More In-Depth Stock Guidance and Research
By Matthew DiLallo - Jun 24, 2021 at 8:17AM

Improving market conditions could be a boon for these big-time dividend stocks.

The past year has been challenging for master limited partnerships (MLPs) that gather and process oil and gas. Many experienced a significant drop in volumes when crude prices crashed last year, which impacted their cash flow.

However, with oil prices improving, volumes have come roaring back. Because of that, MLPs should generate even more cash this year. That will enhance the sustainability of their already attractive payouts while potentially giving them the confidence to start increasing them again. 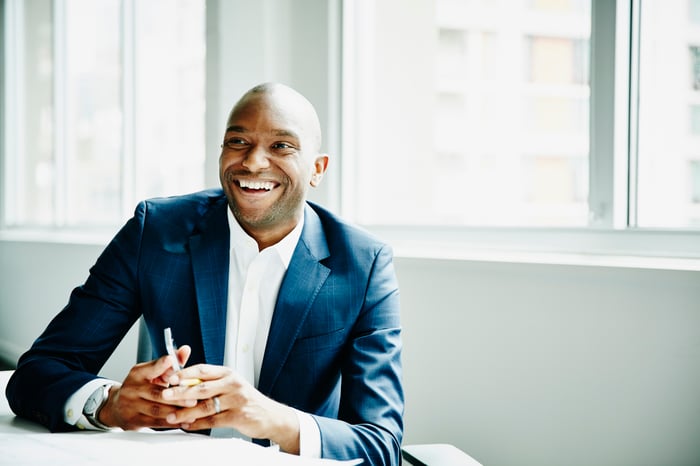 The improving market conditions have already started benefiting Crestwood Equity Partners. The MLP delivered record cash flow during the first quarter of $108.4 million, up 15% year over year thanks to higher oil and gas prices. That allowed Crestwood to generate enough cash to cover its 8%-yielding distribution by 2.8 times.

The company also took advantage of the improving market conditions to sell its stake in a natural gas pipeline joint venture. It will receive half of the $1.225 billion proceeds, which it intends to use on repaying debt. That will enable Crestwood to hit its leverage target, freeing its free cash flow for other uses. The company plans to send the bulk of that money back to investors via its $175 million buyback program.

EnLink Midstream also got 2021 off to a strong start thanks to improving oil and gas prices. Because of that, the midstream company boosted its full-year outlook. It now expects to generate $335 million to $365 million in free cash flow after paying its 5.9%-yielding distribution. That's up from its prior view of $275 million to $325 million even after it increased its capital spending budget by $15 million. EnLink plans to use that incremental free cash flow to repay debt, which has it on track to achieve its leverage target.

With oil and gas prices still rising, the company could generate even more free cash over the coming year. That would allow it to achieve its leverage goal sooner. It would also give it the flexibility to make additional growth-related investments and return more cash to investors via a higher distribution or repurchase program.

Plains All American Pipeline delivered stronger-than-expected first-quarter results, enabling it to generate substantial free cash flow. As a result, it's now on track to produce $400 million in free cash flow this year after paying its dividend, $100 million above its initial forecast. Because of that, the oil pipeline MLP is on track to cover its 6.2%-yielding dividend by 2.54 times this year.

Meanwhile, the company took advantage of improving market conditions to sell its natural gas storage assets for $850 million in June. That one sale exceeded its $750 million asset sales target for the year. Plains All American is now on track to have more than $1.2 billion in cash at its disposal. The MLP expects to use 75% of that money to repay debt, with the rest going toward its repurchase program. That's putting its high-yielding payout on an even firmer long-term foundation and could give the company the fuel to start growing it again within the next year.

This year's improving market conditions have these MLPs on track to generate more free cash flow than they expected. The improvement also allowed Crestwood and Plains All American to sell assets at an attractive price. Because of that, all three companies have additional financial flexibility.

They're using those funds to repay debt -- putting their high-yielding payouts on a firmer foundation. Because of that, things are looking up for this trio. That makes them increasingly attractive options for those seeking a higher-yielding investment.