Please ensure Javascript is enabled for purposes of website accessibility
Log In Help Join The Motley Fool
Free Article Join Over 1 Million Premium Members And Get More In-Depth Stock Guidance and Research
By Leo Sun - Jun 24, 2021 at 11:40AM

Is the fintech giant's price hike a show of strength or a fatal mistake?

PayPal (PYPL -1.85%) just announced that it will raise its processing fees for U.S. merchants. Starting on Aug. 2, the rate for each online PayPal or Venmo transaction will rise to 3.49% plus $0.49 -- compared to its current rate of 2.9% plus $0.30 for most online transactions.

PayPal's stock rallied after the announcement, and several analysts lauded the decision as a sign of its pricing power. But could the decision backfire and leave it more exposed to competition? 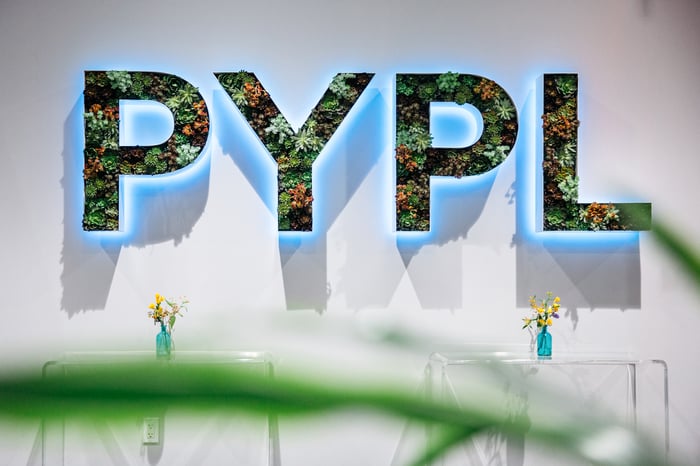 Why did PayPal raise its processing fees?

PayPal owns one of the world's largest online payment networks. It has a presence in 202 countries and processes payments in 25 currencies. Last quarter, its number of active accounts rose 21% year over year to 392 million as its total payment volume surged 50%.

PayPal likely believes that massive market presence, along with the stickiness of its services for merchants, gives it pricing power against competitors like Square (SQ -5.11%), Stripe, Apple (AAPL 0.03%) Pay, and Alphabet's (GOOG -0.54%) (GOOGL -0.57%) Google Pay.

PayPal's growth rates support those claims. Its revenue and adjusted earnings rose 21% and 31%, respectively, in 2020 as merchants and consumers used more digital payments throughout the pandemic.

PayPal doesn't anticipate a significant slowdown after the pandemic ends. It expects its revenue and adjusted earnings to grow 20% and 21%, respectively, this year, and for its active accounts to climb to 430 million. In other words, PayPal wants to raise its rates while it's still firing on all cylinders.

But could its price hike backfire?

However, PayPal's new rate of 3.49% plus $0.49 for online transactions makes it the priciest option for most merchants. Square's e-commerce API, which enables businesses to integrate its payment services into their websites, still charges 2.9% plus $0.30 per transaction. Stripe charges the same rate.

Apple Pay and Google Pay don't charge any merchant fees, since they're considered "card present" transactions, but merchants still need to pay the underlying credit card's swipe fee of about 1.3%-3.5%.

PayPal, Square, and Stripe cover those swipe fees with their fees. That solution can be simpler and more economical than dealing with varying swipe fees. These three competitors also have unique strengths. Square serves fewer countries and merchants than PayPal, but its Cash App has been growing faster than PayPal's Venmo in the peer-to-peer payments market. That's probably why PayPal didn't raise its Venmo fees for in-person payments -- which remain comparable or lower than Square's Cash App's fees. Stripe's code is easily customized for individual apps, making it an attractive option for companies like Lyft and Pinterest.

Apple and Google, meanwhile, can both leverage their dominance of the smartphone OS market to promote their own payment solutions. Apple Pay's number of activated users rose from 441 million to 507 million between September 2019 and September 2020, according to Loup Ventures. Google Pay serves 150 million users across 30 countries, and it recently rolled out new peer-to-peer payment tools.

Therefore, PayPal is a market leader, but it doesn't have unlimited pricing power. Some of its merchants might switch over to Square or Stripe, or roll the dice with swipe fees on Apple Pay or Google Pay.

PayPal is still a good long-term investment on the fintech market, but investors shouldn't automatically praise its price hike and assume it will instantly boost its revenue and margins.

Instead, they should keep an eye on its churn rate to see if it was the right move. If it wasn't, PayPal's stock could pull back as it struggles to justify its high forward P/E ratio of nearly 50.