Shares of BioXcel Therapeutics (BTAI -2.15%), a clinical-stage biotechnology company, fell hard this week as shareholders responded to a secondary share offering. Since the market closed last Friday, the biotech stock has lost around 16.8% of its value.

On June 23, 2021, BioXcel Therapeutics told investors the company would sell about 3.2 million new shares of its stock. The proceeds will be used to run clinical trials and perhaps the company's first commercial launch. 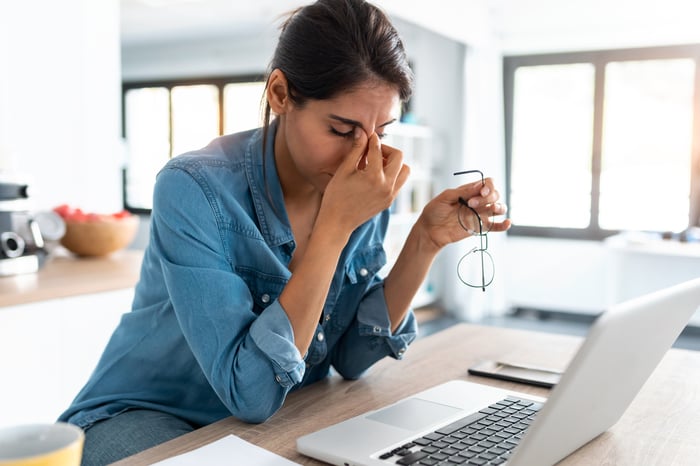 The FDA is currently reviewing a new drug application for the company's lead candidate, BXCL501. This is a fast-acting version of an old drug called dexmedetomidine for acute treatment of agitation associated with neurological disorders.

There's nothing unusual about clinical-stage biotech companies issuing new shares to support operating expenses. Investors pounded the stock lower because BioXcel priced the offering at just $31.70 per share. That was about 16% lower than where the stock finished the previous week.

BioXcel's lead candidate is a thin film that contains dexmedetomidine, a powerful anesthetic drug often used during surgical procedures. In practice, dexmedetomidine is administered as an intravenous infusion. Setting up an IV for agitated patients with schizophrenia or bipolar disorder isn't a practical option for healthcare providers on the ground, but popping a dose of BXCL501 into their mouth sure is.

During the Serenity trials, patients with schizophrenia and bipolar disorder showed significantly stronger reductions on a test commonly used to gauge agitation levels compared to patients who received a placebo.

The FDA began reviewing BioXcel's application in May and the agency is expected to issue an approval decision regarding bipolar disorder and schizophrenia patients on or before Jan. 5, 2021. The company also aims to begin a pivotal study that could expand BXCL501's addressable population to include patients with dementia.

At recent prices, BioXcel sports a $931 million market cap. This might seem small considering millions of potential patients could begin benefiting from BCRX-501 before too long. Before betting heavily on its commercial success, though, it's important to remember this isn't a drug that patients should take for extended periods.