Please ensure Javascript is enabled for purposes of website accessibility
Log In Help Join The Motley Fool
Free Article Join Over 1 Million Premium Members And Get More In-Depth Stock Guidance and Research
By Lou Whiteman - Jun 25, 2021 at 11:13AM

Churchill and Lucid have set a date to get their deal done.

Shares of Churchill Capital Corp IV (CCIV) climbed as much as 4% higher on Friday morning after the closely watched SPAC and its merger partner Lucid Motors set a date to finalize their combination. It is a bit later than the companies had originally intended, and investors seem pleased to hear definitive word the deal is on track.

Lucid Motors is among the electric vehicle start-ups trying to position themselves as the next Tesla, and investors seem drawn to its prospects. The company's Air sedan should start rolling off the assembly line later this year, with plans to add an SUV and a home battery pack in the years to come. 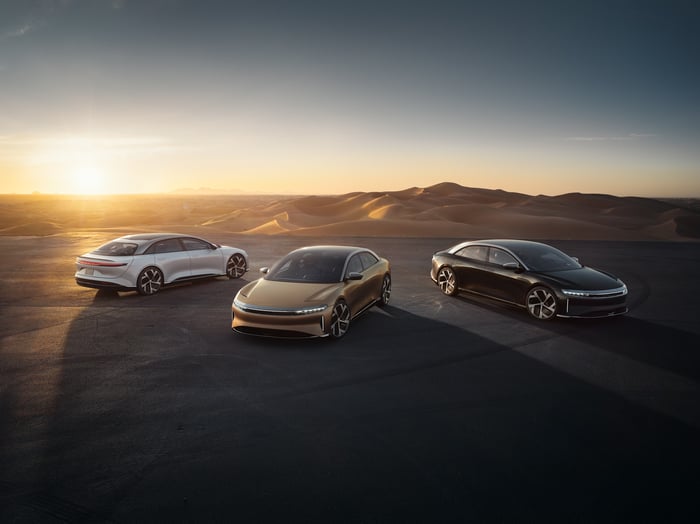 To finance all of this growth, earlier this year Lucid inked a deal to go public via a merger with Churchill Capital. In February when the deal was announced the two companies had said they hoped to close the deal by the end of the second quarter, but Lucid and Churchill on Friday announced they anticipate closing the deal on July 23 following a July 22 shareholder vote.

"Lucid has exceeded our expectations since announcing the merger at the end of February and is set to become a leading US technology and sustainable mobility company," Michael Klein, chairman and CEO of Churchill IV, said in a statement. "We believe Lucid will take EVs to the next level with its proprietary technology and will provide attractive opportunities for Churchill investors."

There was never any reason to doubt the deal would get done. Still, it is good to see a firm date on the calendar. If all goes to plan the combined company will trade under the "LCID" ticker by the end of next month.

Lucid is an early-stage automaker with a lot of promise and a lot of risks, but there's good reason for investors to be excited about this company's opportunity. For those who can tolerate the risk and potential volatility, Lucid is one worth kicking the tires on.