Please ensure Javascript is enabled for purposes of website accessibility
Log In Help Join The Motley Fool
Free Article Join Over 1 Million Premium Members And Get More In-Depth Stock Guidance and Research
By Christy Bieber - Jun 26, 2021 at 8:58AM

Don't get caught off guard and end up damaging your financial prospects.

Many seniors enter their later years unprepared for the financial realities of retirement. You don't want to be one of them.

To ensure you have an accurate idea of the financial issues you're likely to face as a senior, here are three retirement surprises to prepare for right now. 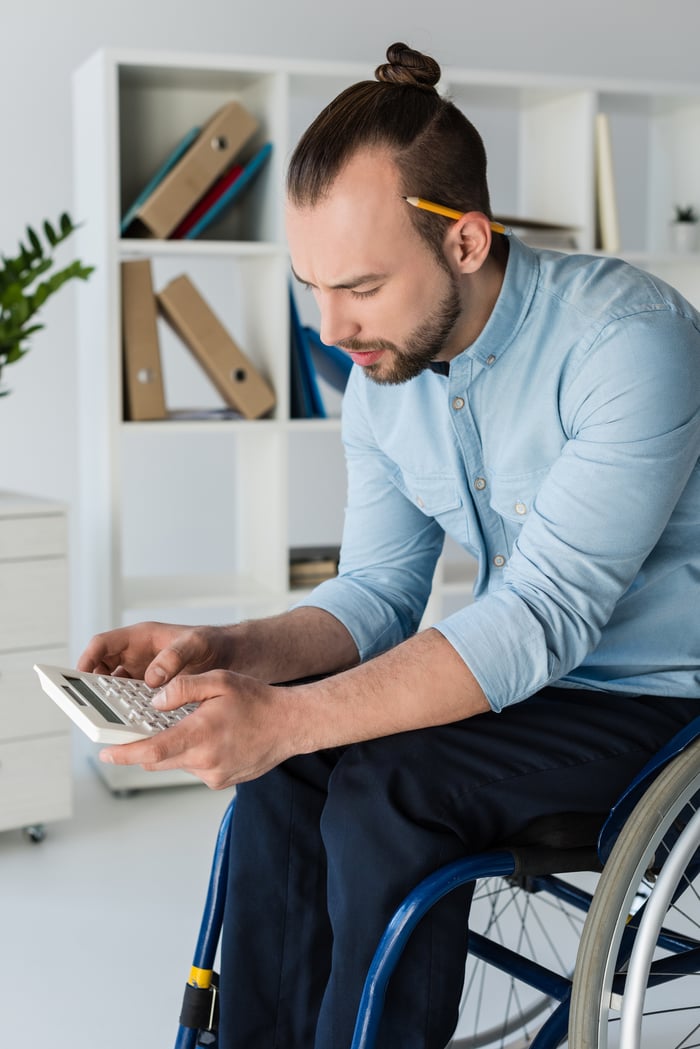 1. You may have to retire earlier than planned

Many future retirees plan to work well into their 60s, often for financial reasons. Unfortunately, staying on the job so long may not be possible. In fact, unplanned early retirement is really common.

If you've built your retirement goals around having a paycheck until late in life, it's a really nasty surprise to find out that won't happen. You may not have enough saved, and Social Security may not offer as much income as planned if you were counting on a delayed claim boosting your benefits.

To avoid falling victim to this surprise, assume you'll leave work and claim Social Security at 62 when setting your savings goals. Taking this approach will force you to save more. It also means your retirement account balance will be big enough to support you -- even with early retirement and a reduced Social Security check.

2. Your spending may not fall as much as you think

Many people base their retirement goals around the assumption they'll need only 80% of their pre-retirement income to maintain their living standard. That's because people assume they won't need to save as much, and that their spending will fall in other areas too.

The reality, however, is that you may just face different expenses as a senior. It turns out spending doesn't actually decline much for a huge number of people. If you're one of them, you could face a savings shortfall.

Rather than banking on the fact that you'll cut your spending by 20% and being surprised when that doesn't happen, make your retirement plans with the assumption you'll need to replace 90% or even 100% of pre-retirement income. Again, it's better to have too much money than to have too little.

3. Your healthcare is probably going to be really expensive

Speaking of expenses, there's a very good chance healthcare is going to be one of your biggest ones. Sadly, this is likely to come as a surprise to retirees who were counting on Medicare to cover everything.

Medicare actually comes with high coinsurance costs, there are premiums and deductibles, and some common care needs -- such as dental care and hearing aids -- aren't covered.  The reality is that the average 65-year-old who is retiring today could face out-of-pocket medical care costs of around $300,000. And if you're a long way from retirement, that number is likely to climb higher.

Preparing for huge healthcare expenses is a lifelong endeavor. If you're eligible for a health savings account, investing in it throughout your career can help you to be ready. If you don't, take healthcare spending into account when deciding how much to contribute to your 401(k), IRA, and other retirement plans.

If you're surprised by your spending habits, your healthcare needs, or your unplanned early retirement, you could end up in a dire financial situation. The good news, however, is that now you know you're likely to face these challenges in your later years, and you can get ready to take them on.