Please ensure Javascript is enabled for purposes of website accessibility
Log In Help Join The Motley Fool
Free Article Join Over 1 Million Premium Members And Get More In-Depth Stock Guidance and Research
By Billy Duberstein - Jun 27, 2021 at 6:15AM

Management for this international tech conglomerate believes it should.

The largest shareholder of Chinese tech giant Tencent Holdings (TCEHY -0.33%), with 28.9% of the company, is Prosus (PROSY -0.15%), a European holding company, which itself is majority-owned by South African company Naspers (NPSNY -0.23%). Since basically all of Naspers' net worth is tied up in its non-South African investments held by Prosus, they are pretty much the same set of assets, distributed across two different stocks.

As many know, both stocks trade at a big discount to the value of Prosus' Tencent stake. However, the Prosus/Naspers complex will be undertaking a large share swap this summer, which management believes will help close the gap, due to the idiosyncrasies of the two exchanges on which both stocks trade.

Also last week, Prosus released its fiscal 2021 earnings results (its fiscal year ends on March 31). The company's operating companies posted impressive growth in its non-Tencent portfolio, and management gave its own estimate for the value of these non-Tencent assets across classifieds, food delivery, digital payments, and education technology (ed tech).

If you add these other assets to the market value of Prosus' Tencent stake, there appears to be a big upside for both Prosus and Naspers...that is, if the share swap works. 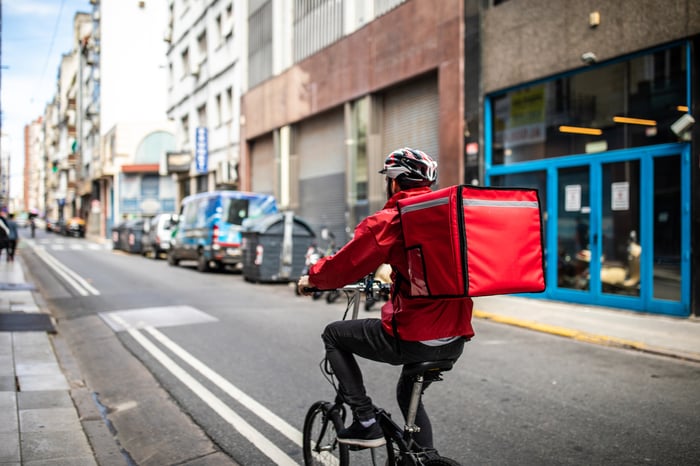 A strong year for Prosus

In the fiscal year that ended in March, Prosus's non-Tencent businesses grew 54% year over year, an acceleration over the 33% revenue growth seen in 2020. The acceleration was due to COVID-19, which boosted Prosus' digitally focused food delivery, digital payments, and ed-tech businesses. The company's most profitable sector -- classifieds, which mostly consists of used-car sales -- slowed down, but that was really a "first half of 2020" phenomenon. In the back half of the year, classifieds revenue reaccelerated 36% as the economy recovered from the onset of COVID.

Prosus put $7 billion to work in new investments between April 2020 and June 2021, while also repurchasing $5 billion of shares, proportionally divided between Naspers and Prosus. New investments skewed heavily toward food delivery, where Prosus mostly added to its existing delivery assets in Brazil, Europe, and India, as well as the newer ed-tech segment. Most recently in ed tech, Prosus just agreed to spend $1.8 billion to buy Stack Overflow, a U.S.-based knowledge-sharing platform for software developers.

Based on the market values of its public holdings as well as its own estimates, Prosus believes it has achieved a 21% internal rate of return on its non-Tencent investments, and that these ancillary holdings are now worth about $39 billion.

If you add that $39 billion to Prosus' stake in Tencent, Prosus' net asset value (NAV) would be about $268 billion. Assuming the share swap goes through, giving Prosus 60% of that asset pool and Naspers about 40%, Prosus' NAV would be worth about 154 euros per share versus 82 euros today, and Naspers' NAV would be worth about 7,337 South African rand per share versus 2,995 rand today.

By the way, there's a good case to be made that Tencent is also materially undervalued, so if the share swap is successful, there is massive upside to be had. 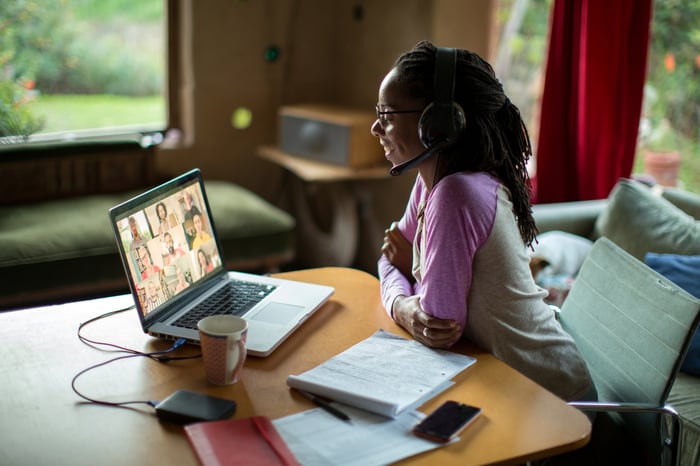 Will the discount really close?

There are two schools of thought on the impending share swap. Optimists -- and management -- believe that when Prosus "buys" a large part of Naspers with its own stock, Naspers (which is an outsized portion of the Johannesburg Stock Exchange) will see its market cap shrink by about half, so that it gets more of a fair weighting among asset managers. As of now, because the company makes up about 25% of the index, South African asset managers, which can't have more than a certain percentage of holdings in any one stock, are forced to sell it when it gets too big.

As for Prosus, which is listed in Europe: Management believes that by adding more shares to its free float, Prosus will get a larger weighting in European index funds and ETFs that weigh their holdings according to liquid shares, rather than net asset values. After the share swap, Prosus-listed shares will have roughly a 60% claim on the company's assets, as opposed to roughly 27% prior to the swap.

However, there's another more pessimistic school of thought. It says that the swap won't do any good, since the share swap adds more complication, and that this complicated dual-share listing is what's causing the yawning discount, not the effects of exchange weightings.

Whatever happens will happen, but the value is clearly there

As a shareholder in both Naspers and Prosus, I'd find it awfully nice to see the stocks finally trade up to fair value. If they don't, it would be another big disappointment for those who invested in Naspers when it first spun off Prosus in 2019. It would also be better if Prosus' other assets generated lots of cash flow with which to buy back stock, but most of the non-Tencent assets are still high-growth companies that don't generate meaningful profits as of yet.

While management did buy back $5 billion in stock recently, and is talking about potentially doing another buyback, its primary goal still appears to be building large businesses outside of Tencent that will eventually become too big for investors to ignore. To management's credit, given the acceleration of digital trends due to the pandemic, there's likely a lot of opportunity there as well.

But if the discount doesn't close at all after the share swap, more steps may be needed, as investors will need a reason to own Naspers and/or Prosus rather than Tencent outright. Taking a long-term view, I do believe management will eventually find a way to close the discount, which may require asset spinoffs or other measures that it has thus far been reluctant to do.

While they have an impressive and growing portfolio of assets, investing in either Prosus or Naspers will test one's patience. Though a quick doubling would be nice, don't count on it happening right away. If you're interested in buying these stocks as opposed to Tencent, be prepared to hold for the long term, and not just for a quick potential doubling this summer.

Prosus Makes Another Huge Move to Close Its Discount to Tencent

Prosus Finally Admits the Obvious; Will Buy Back Shares at Half Price