Please ensure Javascript is enabled for purposes of website accessibility
Log In Help Join The Motley Fool
Free Article Join Over 1 Million Premium Members And Get More In-Depth Stock Guidance and Research
By James Brumley - Jun 27, 2021 at 9:51AM

Consumers are slowly but steadily signing up for mobile phone plans offered by brands best known for their cable television services.

To say the so-called "triple play" package was a good promotional tool for the nation's cable television providers would be a serious understatement. Being able to package cable TV, broadband, and phone service into one single bundle is what made names like Charter Communications (CHTR -1.55%) and Comcast (CMCSA -1.66%) the outright powerhouses they've become since the late-90s.

It's all imploding now, of course. Only about half of all U.S. homes still pay for landline phone service, while streaming services are viable alternatives to traditional cable. The number of cable households in the U.S. has fallen from more than 100 million in 2014 to less than 74 million now, according to eMarketer, en route to a projected 63 million paying cable television households by 2024. Consumers have more high-speed internet choices than they've ever had before, too, with wireless broadband service now an option for millions.

Point being, the triple-play offer is becoming increasingly irrelevant. 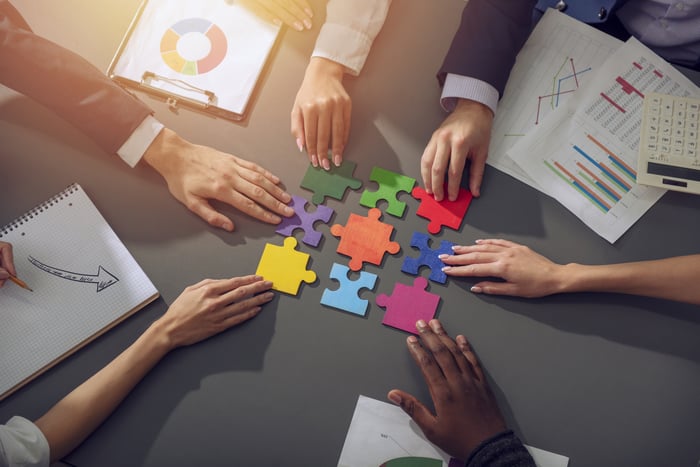 There's a new, surprisingly marketable bundle cable titans are finding success with, however. As it turns out, consumers are digging mobile phone services from their cable television provider. This combination just might offset cord-cutting's adverse impact on the cable television business.

Market research outfit Parks Associates offers up a glimpse of the bundle's penetration: As of the end of the first quarter of this year, 19% of U.S. broadband subscribers also enjoy wireless/mobile service offered by the same provider.

It's not a lot, admittedly. But put it in perspective. Charter's Spectrum only began offering mobile phone service in mid-2018. It now serves nearly 2.7 million mobile customers. Comcast's Xfinity Mobile platform only launched in mid-2017, and it's already signed up 3.1 million wireless subscribers. The portion of domestic broadband customers who have bundled their high-speed internet service with a mobile plan has grown from only around 11% in early 2019, according to Parks Associates' data, to the aforementioned current figure of 19%. 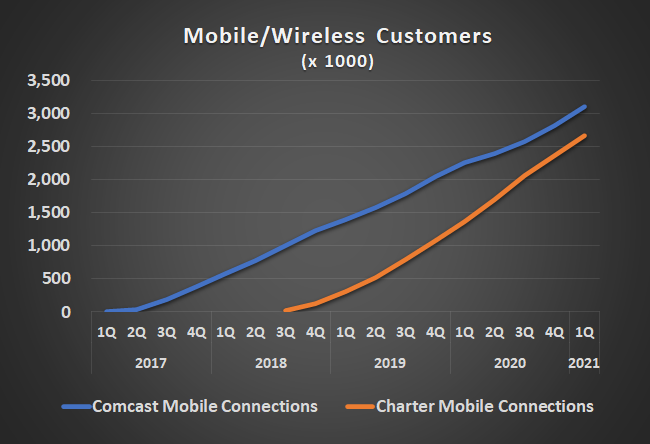 Perhaps most noteworthy is that this penetration is taking shape despite the fact that these mobile services are limited to cable companies' existing broadband customers.

Don't sweat the relatively small scale we see right now. The growth trend is the key. It's simply incredible.

While both Comcast and Charter are partially leaning on their broadband infrastructure to power their mobile networks, Charter's paying for wholesale access to Verizon's network when it can't handle the mobile service internally. Comcast is heavily plugged into Verizon's network as well, though AT&T also offers similar access to third-party wireless service providers. This movement is still a revenue opportunity for the two titans of the wireless world, offloading the headaches -- and cost -- of handling each and every retail customer utilizing these networks.

Cable TV names handling the front-end work for mobile network operators, however, are hardly on the losing end of a bad deal. At the very least, the addition of mobile service to the mix is a customer-attraction and retention tool, and it may eventually be a key profit center.

Parks Associates indicates the average cost of a broadband/mobile combo is $128 per month. With stand-alone broadband service costing an average of $64 per month, the other $64 of the combo's total cost is on par with a typical wireless service plan's monthly cost. Although the mobile service arena is highly competitive, at least we know that all the major names in the mobile telecom business are profitable. Given how the cable television industry has been on the defensive for years, conversely, it's not always clear if there's still any real profit to be gleaned by being in the business.

For shareholders of Charter and Comcast, it's a much-needed glimmer of hope. Although both continued to add broadband customers last quarter, both also added to their ongoing cable television customer losses. Mobile is quickly becoming a meaningful way to offset that attrition. 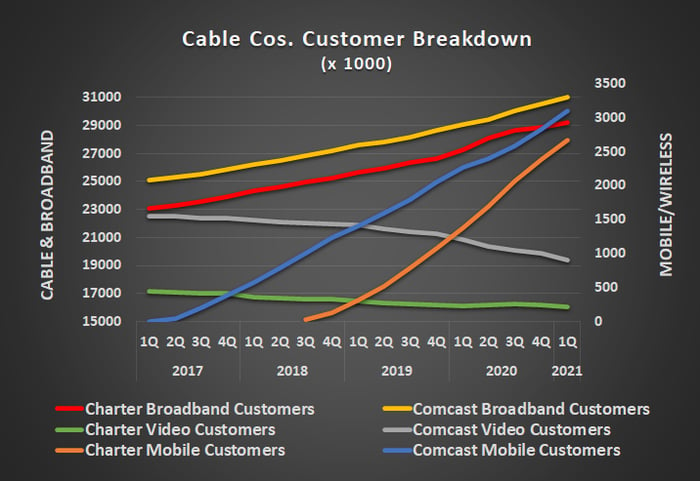 Still, while the mobile/broadband bundle's growth may be steady, it's also slow thus far. It is also limited by Charter's and Comcast's infrastructure capabilities, and one has to figure that Verizon sooner or later will respond to the threat being posed by its wholesale customers. This is a long-term project, to be sure.

It's certainly a shift all investors would be wise to put on their radars, all the same.