Shares of the clean energy-focused partnership got a boost from Wall Street today. Here's a quick look at what transpired.

Shares of Brookfield Renewable Partners (BEP 1.11%) were higher by around 5.5% by 2:30 p.m. EDT. There was no particular news out of the company today, but there was an update from an analyst that likely helped excite investors.

An analyst out of Credit Suisse upgraded Brookfield Renewable Partners to outperform, according to the Fly. Investors tend to like such analyst moves, so it's not surprising that the stock moved higher on the rating change. The analyst specifically noted that the 6% sell-off over the past month was likely related to technical issues that have nothing to do with the company's fundamental value. And, lo and behold, the stock rose nearly 6% at one point. Coincidence? Maybe. However, by 3 p.m. EDT, the units had slipped to a 4.5% or so gain. 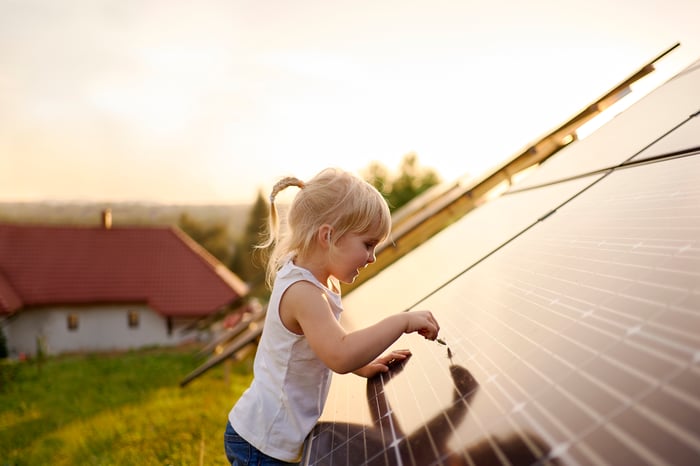 The specific technical issue highlighted by Credit Suisse was the annual rebalancing of the Russell Indexes. Billions of dollars track these indexes so a change can be quite important, as stocks move between specific indexes, enter an index for the first time, or are removed from an index. Brookfield Renewable, for its part, switched from the Russell 2000 to the Russell 1000.

Adding to the complication is that Brookfield Renewable offers investors two different ways to buy -- a master limited partnership (BEP) and a traditional stock (BEPC 0.27%). The two different entities have notably different tax consequences but normally trade in a similar fashion. They can, however, diverge at times. The Credit Suisse analyst also noted this factor in the upgrade.

Brookfield Renewable Power is in the hot renewable power space. Still, today's price move probably contains more noise than meaning. That said, this year hasn't been all that great for the sector, with Brookfield Renewable Partners off by around 10% even including today's advance. It would be hard to suggest that the partnership is somehow cheap given that the units have risen materially over the past few years.

However, for those interested in a long-term renewable power investment, it might be worth putting this name on your watch list just in case the downdraft so far this year resumes.