Twitter has some big new things in the works that might finally lead to the kind of monetization investors have been hoping to see for years. 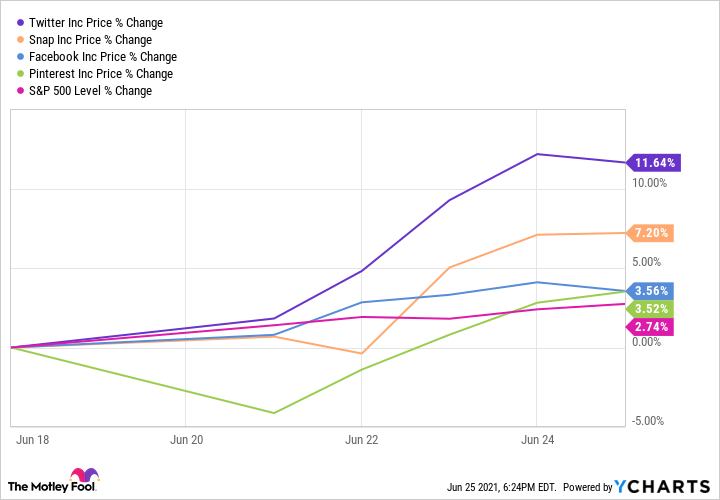 The week's gains for Twitter were mostly tied to positive news about its efforts to increase monetization, both for its top users and for the company itself. 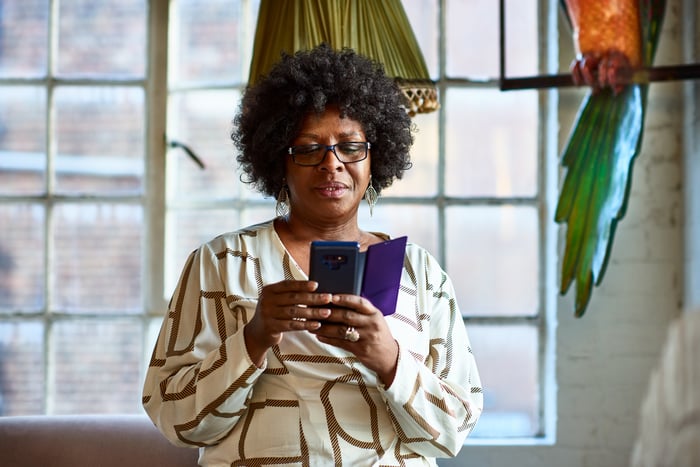 For some time, speculation has been rampant that Twitter was planning to roll out a number of features that would -- at long last -- help it monetize its treasure trove of users to make money. And we've seen several of those start coming to fruition recently, including Twitter Spaces, and more recently, "Twitter Blue," a subscription service it has rolled out in several international markets already, that adds some additional features for users willing to pay up.

But the next group is now on the horizon, and it has investors feeling more bullish: Super Follows and Ticketed Spaces. In short, Twitter bulls have high hopes that adding features that Twitter users will pay for and allowing for paid events on Twitter Spaces, will unlock more of the economic value of Twitter's users since the company will take a cut of what its users charge for Ticketed Spaces and Super Follows.

The plans for these two new offerings have been in the works for many months, and should come as no surprise to anyone who's followed Twitter. But the fact is, they're finally about to come into the real world and start helping generate revenue for the company. With Twitter's shares trading for about 14 times sales and less than 49 times operating cash flow, only Facebook has a lower valuation among social media peers.

If these new cash-generating offerings are even moderately successful, Twitter could prove to be a bargain at these prices. All that's left is the hardest part: Releasing them into the wild and finding out if they're a money-making success, or just another disappointing attempt that doesn't pan out.