Companies big and small will face the necessary evils of regulations.

Three years ago, state cannabis laws in Maine were changed in an effort to support the smaller mom-and-pop type businesses in the marijuana industry, known as "caregivers" in the state. The goal was to allow the smaller businesses to better compete with the larger dispensaries by giving them the opportunity to open storefronts and hire more employees, among other things.

New regulations proposed by the state are now threatening to dismantle the opportunities put in place three years ago. One of the companies in favor of these new regulations is Curaleaf Holdings (CURLF 3.02%), a large vertically integrated cannabis operator with annual sales of $1 billion and a plethora of dispensaries across 23 states. Among those states is Maine, where the company has four operational dispensaries, with one more on the way. Depending on which direction new regulations take, Curaleaf may end up ceding some revenue to the mom-and-pop shops. 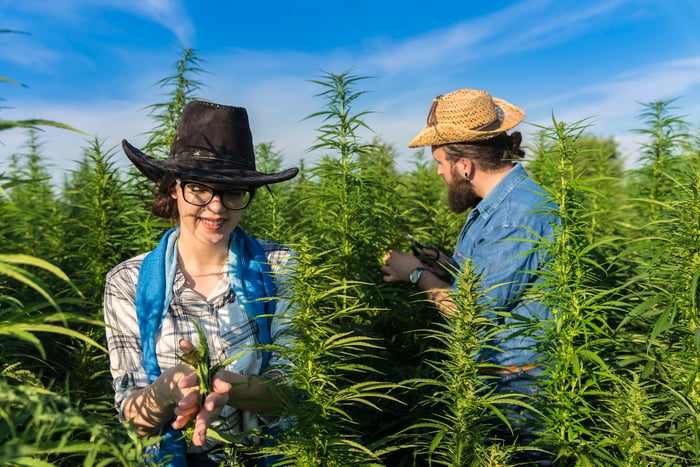 Some of the newly proposed regulations include detailed mandatory tracking of marijuana products, mandatory testing for purity and sanitation within the medical marijuana market, and added security requirements.

During a special legislation session in mid-June, the state House and Senate passed a bill that will allow the new regulations to be paused until further investigation can be performed, giving the small businesses a big win for the time being. That win will allow the caregiver shops to avoid additional costs in meeting those new regulations, while also buying some time to prepare for what could be inevitably stricter regulations should the state decide to apply new rules in 2023 leading to potential additional overhead costs for monitoring and tracking products. The preparation could also be useful if the U.S. legalizes marijuana at a federal level, which could also lead to potentially higher taxes as well as overhead costs for any possible mandatory tracking.

One of the costs most concerning to smaller marijuana businesses is related to the tracking of marijuana plants -- from seed to sale -- through the supply chain. This can lead to the need for additional staff to monitor compliance. Many of the small businesses have single owners and/or a small number of employees under current state guidelines, which lack the need for strict monitoring.

Not having a need for additional staff allows a company to retain more profit on sales, which means a longer life for the business and opportunity for future growth. But for a big business like Curaleaf, it means more competition, making it more difficult to grab a bigger piece of a growing market in the state.

More than 3,000 licensed small businesses serve Maine in the marijuana industry, employing 5,200 people. The marijuana market in the state has hit an annual value of $220 million to become the state's No. 1 agricultural commodity, followed by potatoes at $184 million.(Blueberries, coming in at $26 million, are the far-distant third.) The recreational-use cannabis market in Maine is projected to grow to $394 million by 2024, a hefty 80% total growth rate over the next two to three years.

It is easy to see, based on these numbers, that the marijuana industry is gaining momentum in the state. It's also easy to see why the smaller marijuana businesses are against the implementation of any new regulations -- as 75% of marijuana sales in the state come from the efforts of the mom-and-pop shops.

For the time being, the new regulations are on pause thanks to the overwhelming vote passed in the House and Senate and strongly supported by the small-business caregivers. The bill's guidelines include a requirement for the Maine government to develop a process that includes caregivers, qualified patients, and medical providers when hiring consultants to advise on new rules governing the use of medical marijuana.

The end result of regulation change review could potentially keep a bit of revenue out of Curaleaf's pockets, but that doesn't necessarily mean that its current revenue numbers will shrink. If you're invested in Curaleaf, this change in Maine doesn't look like a reason to bail -- and in fact, if you're looking for an entry point, now might be the time. The stock price is down from a 52-week high of $18.30 to a current level near $14.40 -- 27% off its high.