Please ensure Javascript is enabled for purposes of website accessibility
Log In Help Join The Motley Fool
Free Article Join Over 1 Million Premium Members And Get More In-Depth Stock Guidance and Research
By Brett Schafer - Jun 30, 2021 at 8:19AM

These two businesses are in the same industry but couldn't be more different.

The aerospace, rocket launching, and defense industries seem to be on the verge of a huge expansion over the coming decades. Companies like SpaceX and Blue Origin have paved the way for this private "space race," launching test rockets and satellites for businesses and the U.S. government. But there are plenty of other companies in this private space race. One is Virgin Galactic (SPCE -17.46%), which was started by Richard Branson in 2004 and went public through a special purpose acquisition company (SPAC) in 2019. Another is Lockheed Martin (LMT -0.40%), the world's largest defense contractor.

Which is a better buy: Virgin Galactic or Lockheed Martin? Let's take a look. 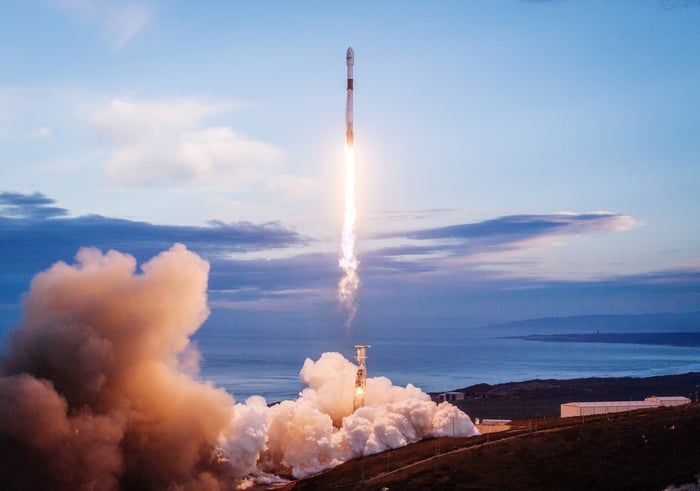 Virgin Galactic is trying to build a modern aerospace company with a focus on consumer trips. Its goal is to develop "a new generation of space vehicles to open space for everyone," according to its website. It has manufactured and will continue to manufacture different spaceships, with a goal of targeting researchers and wealthy private individuals for sub-orbital flights. Each ticket costs $250 thousand, and the company has a total of  approximately 600 Future Astronauts (what it calls customers who have booked future flights) at the end of the first quarter.

One thing investors should note with Virgin Galactic is that it doesn't actually have a business yet. In Q1 it brought in $0 of revenue (yes, that number is correct), burned $50 million, and has a little over $600 million in cash on its balance sheet. That cash pile gives it a good cushion, at least for a few quarters, but it is likely that the company will need to raise more money in the coming years.

It has typically done that by issuing stock. Since going public in 2019, its shares outstanding have gone up 179%. Virgin Galactic currently has a market cap of $12.8 billion. Since it doesn't have a business right now, there's not much to reference this market cap to, but it implies that investors should expect the company to do at least a few billion in sales and hundreds of millions in profits at some point. 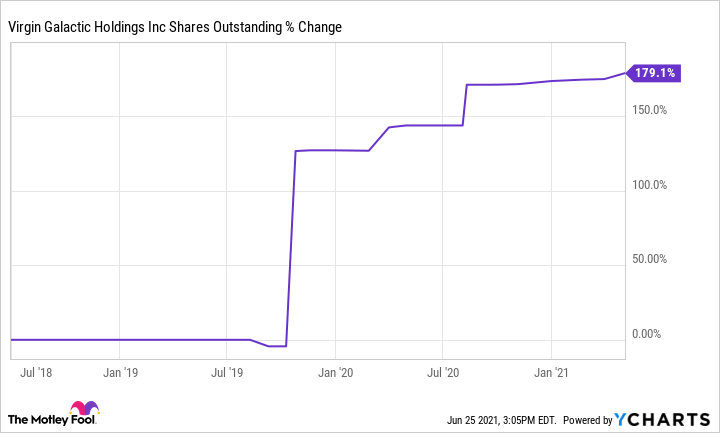 Lockheed Martin is an American defense, aerospace, security, and technology company that has been doing business for the U.S. government for decades. Its largest business comes from aeronautics (which includes things like fighter jets), but it also has large missile, mission systems, and space-business lines as well. In fact, Lockheed Martin was the company that designed a helicopter for NASA that could fly on Mars.

The conglomerate is guiding for around $68 billion in sales and $8.9 billion in cash generated from operations this year. With a market cap of $106 billion, the stock has a forward price-to-operating-cash-flow (P/OCF) of 11.9. Lockheed also returns tons of cash to shareholders through dividends and share repurchases. Its dividend yield is 2.72%, and its share count has come down each of the last five years.

After comparing these two stocks, I think it is clear which is better to own: Lockheed Martin. Virgin Galactic does not have an actual business right now, is hemorrhaging cash, and has seen its share count go up 179% in less than two years. At this time, buying shares in Virgin Galactic is not investing but speculating.

Lockheed Martin, on the other hand, has a diversified business and the most reliable customer in the world (the U.S. government). Plus, it consistently returns cash to shareholders through dividends and share repurchases. It might not have the hype of Virgin Galactic, whose shares seem to go up or down 10% a day, but Lockheed Martin is the better buy for long-term investors.