Fannie Mae (FNMA -1.67%) and Freddie Mac (FMCC -2.71%) stock made significant gains in Wednesday's trading, climbing after a U.S. Supreme Court decision that maintained moratoriums on foreclosures and evictions through the end of July. The Biden administration has said that it does not plan to push for the eviction mortarium to be extended beyond the current deadline.

Fannie's and Freddie's share prices ended the day up roughly 10.3% and 9.1%, respectively, according to data from S&P Global Market Intelligence. However, the stocks of the two government-backed financial services companies still closed out June with huge losses due to separate Supreme Court actions roughly a week prior. 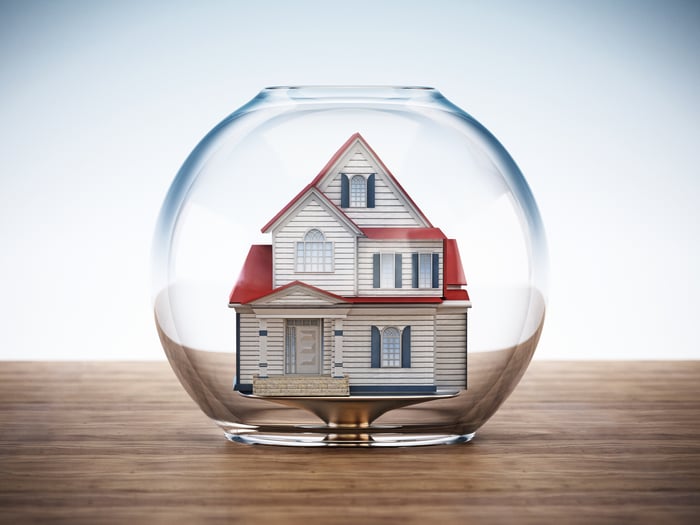 The recent 5-4 Supreme Court decision maintaining the eviction moratorium until July 31 provided valuation boosts for Fannie and Freddie. However, the companies saw their stock prices decline roughly 27.4% and 33.6% across June's trading, respectively.

The Supreme Court issued a decision on June 23 that made the Federal Housing Finance Agency (FHFA) significantly more accountable to the president and gave the executive branch greater flexibility in replacing the head of the agency. The Biden administration followed up the decision by removing former FHFA director Mark Calabria from his position and appointing Sandra Thompson as the acting head of the agency. The court also ruled against a separate case brought by shareholders claiming that the FHFA had exceeded its constitutional authorities in dealing with Fannie and Freddie and that the companies' profits were being improperly diverted to the U.S. government.

Since the 2008 financial crisis, Fannie and Freddie have been under government conservatorship, and profits from the two companies have been directed to the U.S. Treasury. That means each company's stock performance is closely tied to governmental and regulatory developments, and conditions on those fronts have been discouraging for shareholders.

During his tenure as FHFA director, Calabria had advocated for quickly bridging Fannie and Freddie out of government conservatorship. This transition would have paved the way for profits to flow back to shareholders rather than the Treasury, but it seems significantly less likely to occur under the Biden administration. So, while the companies got valuation boosts following the recent eviction moratorium decision from the Supreme Court, the potential path to emerging from government conservatorship will likely remain the bigger sticking point for investors.