Shares of VistaGen Therapeutics (VTGN -5.22%) were jumping 15.5% higher as of 3:21 p.m. EDT on Wednesday. The big gain came after the company announced results for its fiscal year 2021 and provided a corporate update after the market close on Tuesday.

It wasn't VistaGen's financial results that propelled the biotech stock today. The company doesn't have any products on the market yet. It recorded $1.1 million in revenue, part of its licensing deal with EverInsight Therapeutics, which merged with AffaMed Therapeutics last year. VistaGen posted a net loss for the fiscal year ending March 31, 2021, totaling $17.9 million. 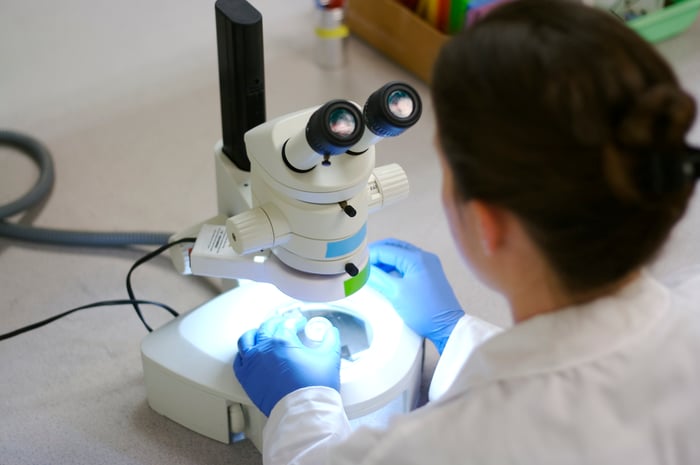 Singh also stated that VistaGen plans to kick off a second late-stage study called Palisade-2 later this year. He said that this study will have a design similar to the Palisade-1 trial. The company anticipates initiating several other phase 2a studies of PH94B during the current fiscal year targeting other anxiety disorders as well.

Investors will want to watch VistaGen's progress in its Palisade phase 3 trials. If PH94B fares well in these studies, the company could be in a position to file for U.S. regulatory approval of the drug in 2023.