Shares of Electronic Arts (NASDAQ:EA) are currently flat on the year and trailing the S&P 500's return of 14.3%. But EA is putting some serious cash to work to expand its gaming empire, and it could be a good time to consider buying shares.

On the heels of completing its $2.3 billion deal to buy Glu Mobile, EA just recently announced a new deal to pay $1.4 billion for mobile studio Playdemic, the maker of Golf Clash, from AT&T's Warner Bros. game unit. That's a lot of dough to throw at acquisitions in a short period of time, but there is a method to the madness.

Last year, EA made changes to its mobile leadership team, hiring a skilled mobile strategist to create a mobile game business that is second to none. 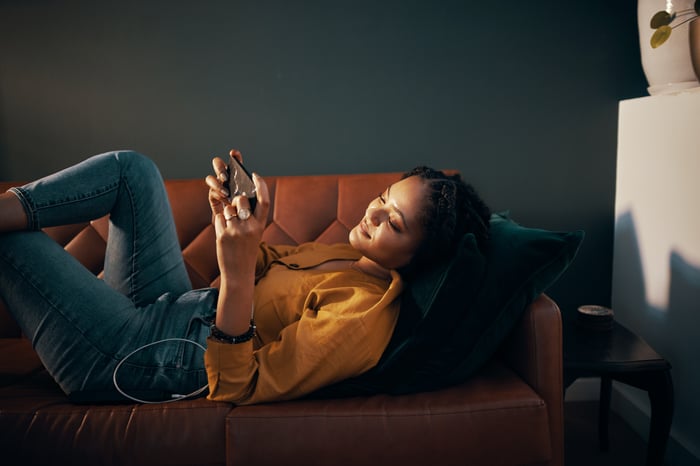 Years ago, EA made a series of small acquisitions that built a high-growth, diversified mobile game business, including hits like Plants vs. Zombies to go alongside EA's own mobile titles. But in recent years, EA's mobile bookings haven't grown much at all. In the most recent quarter, mobile bookings grew just 2% year over year, while EA's console and PC titles posted growth of 19% and 23%, respectively.

EA has attributed the sluggish growth to aging titles in its mobile lineup. It seems more effort has gone into investing in live services for console titles, such as Madden and FIFA Ultimate Team, and growing the EA Play subscription service, while the company has neglected the fastest-growing market in the gaming industry. Meanwhile, Activision Blizzard has moved ahead of EA in mobile with the $5.9 billion acquisition of King in 2016.

Karp has spent the last 10 years gaining valuable experience in the mobile game industry, including a stint as the chief marketing officer at Zynga and managing director and president at Big Fish Games, among other jobs. His expertise is helping businesses grow and transform during industry transitions, which is what EA's mobile unit needs.

Since hiring Karp, EA has made three acquisitions -- Glu Mobile, Playdemic, and MetalHead Software -- that will define the future of EA's mobile business. EA expects these acquisitions to more than double mobile bookings to $2 billion, or roughly a quarter of the business, within the next three years.

But make no mistake, EA's strategy is more refined than throwing money at acquisitions. The acquisitions are as much about expanding the talent pool for game development as anything else.

During the fiscal second-quarter earnings call back in November, CEO Andrew Wilson outlined a few things Karp was doing to improve the existing mobile titles at EA. Wilson said the mobile leadership team was "going through each one of our franchises and looking for opportunities to deliver new content, new experiences, and new services to players" that will grow engagement and bookings.

Wilson also said that Karp sees potential with EA's biggest franchises on mobile, such as FIFA. Brands matter in gaming like in any other industry, and FIFA is one of the biggest brands in sports video games, with more than 100 million players engaging with FIFA experiences worldwide.

Plenty of catalysts for this top gaming stock

It may not be a smooth ride for EA's mobile business. Competition is getting more intense from top video game companies, in addition to big tech giants with deep pockets like Amazon and Microsoft that are investing in their own game studios to capitalize on a growing interactive entertainment industry.

Mobile gaming is particularly competitive, because of the free-to-play nature of many apps that are released. But again, EA believes that when you build a quality gaming experience around trusted gaming brands, like EA Sports or Respawn Entertainment (Apex Legends), the monetization opportunities are very strong.