A recent flurry of cyberattacks has both the private sector and the U.S. government on edge, and for good reason. Many of these attacks involve ransomware, a type of malicious software designed to encrypt a victim's important files, effectively holding their systems hostage. In this scenario, hackers typically demand payment in exchange for the decryption key, threatening to leak sensitive data if the victims don't fork over the cash.

But here's the most unsettling part: Many targeted enterprises are actually paying the ransom. In May, the Colonial Pipeline Company paid cybercrime outfit DarkSide $4.4 million. Later that month, JBS, the world's largest meat processor, paid hacker gang REvil a sum of $11 million. And in early July, REvil resurfaced to perpetrate the largest ransomware attack on record, potentially infecting thousands of victims; the gang is currently demanding $70 million.

These events underscore the importance of effective cybersecurity. Specifically, enterprises like CrowdStrike Holdings (NASDAQ:CRWD) and Zscaler (NASDAQ:ZS) have been recognized as industry leaders, and both provide tools that help clients fend off ransomware attacks. Here's why these stocks could make you rich. 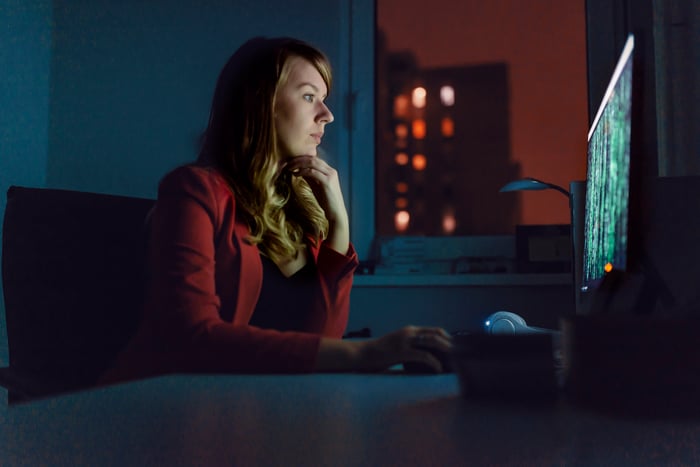 CrowdStrike has become the gold standard in cybersecurity. Its platform is designed to protect application workloads and endpoint devices (like desktop computers and servers), both on-premise and in the cloud, helping clients avoid costly data breaches.

To stay ahead of hackers, CrowdStrike leans on big data and artificial intelligence, allowing its platform to detect even the most sophisticated attacks (including ransomware). Currently, the company collects 6 trillion data points per week, and it continuously feeds that data through its predictive engine, making its platform more intelligent over time.

As a result, CrowdStrike has earned numerous industry accolades. For instance, the company achieved a perfect score on the SE Labs Breach Response test in December, then racked up another perfect score on the AV-Comparatives test in April. And in June, the International Data Corporation (IDC) recognized CrowdStrike as the market leader in corporate endpoint security.

Powered by its reputation for perfection, CrowdStrike has consistently delivered impressive financial results. In fact, it's the third-fastest-growing software-as-a-service company in history (behind only Zoom Video Communications and salesforce.com, both of which are CrowdStrike customers).

Currently, 64% of CrowdStrike customers subscribe to four or more software modules, up from 36% in fiscal 2019. That's noteworthy because all modules after the first one are essentially pure profit. As a result, the company's gross margin has soared from 59% in Q1 2019 to 74% in Q1 2022.

Looking ahead, management puts CrowdStrike's market opportunity at $106 billion by 2025. That gives this cybersecurity leader plenty of room to run.

Traditionally, enterprises have secured their networks by building a physical perimeter around corporate data centers. In this scenario, all traffic was routed through costly on-premise security appliances (such as firewalls), and employees typically worked from the office.

However, this hub-and-spoke approach is no longer viable, as many employees now work remotely and many enterprises rely on cloud services beyond the corporate data center. These changes have made legacy solutions inefficient and ineffective. As a result, many businesses are turning to Zscaler. 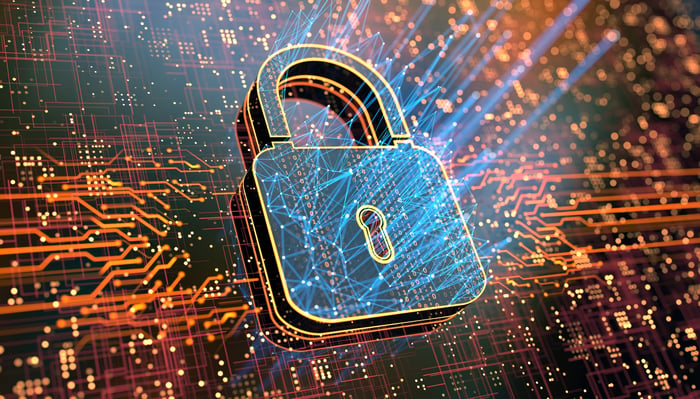 Ultimately, Zscaler's SASE architecture allows employees to quickly and securely access corporate resources, regardless of device, location, or network. At the same time, it eliminates the cost and complexity of on-site security appliances.

In July 2018, Zscaler reported 3,250 customers, but the company now has over 5,000, up 54% in less than three years. That momentum has translated into strong financial results.

Management puts Zscaler's market opportunity at $72 billion, and that figure should only get bigger in the years ahead. In fact, research company Gartner believes 40% of enterprises will have plans to adopt SASE network security by 2024, up from 1% in 2018. And as the industry leader, Zscaler is well positioned to capitalize on that trend.

With Ransomware Attacks on the Rise, These Cybersecurity Stocks Could Make You Rich @themotleyfool #stocks $CRWD $ZS Next Article
Current