It has been a tough few weeks for DiDi Global (NYSE:DIDI). Mere days after its market debut, the ride-hailing company's shares closed on July 9 at $12.03, down more than 14% from the IPO price.

On June 30, DiDi raised $4.4 billion via an initial public offering that valued the company at more than $70 billion, selling 317 million American Depositary Shares (ADS) at $14 a pop -- the top of the range marketed to investors. In the process, DiDi became the biggest Chinese company since Alibaba to list in the U.S.

But shares of DiDi are now underwater, due in large part to a regulatory clampdown by Beijing on U.S.-listed Chinese stocks. DiDi's mobile app has been pulled from app stores in China, so for now, no new customers can sign up for the service. While investors are understandably feeling cautious about DiDi right now, others may be wondering if this pullback represents a buying opportunity. 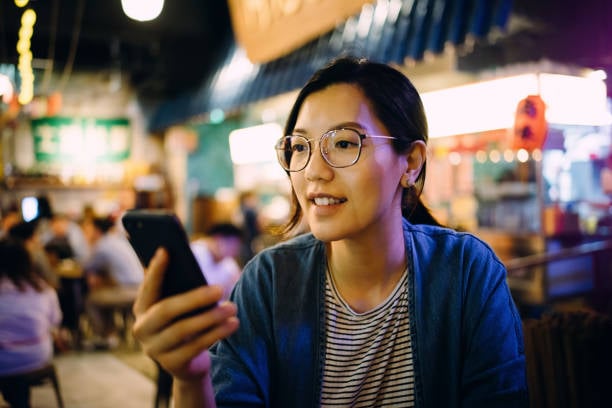 Some of the world's biggest tech investors have poured billions of dollars into DiDi. Its largest shareholder is SoftBank, and it counts Tencent, Uber Technologies, and Hillhouse Capital among its investors too.

It's not hard to understand why these big names bet big on DiDi. Almost 25 million people use it to get around China every day, using a range of shared mobility services that include standard ride-sharing, luxury limos, and e-bikes. It is by far the largest ride-hailing company in China with a user base of 377 million annual active customers and 13 million active drivers.

While DiDi started in China, its ambitions stretch far beyond its domestic market. The company's network today includes 4,000 cities, counties, and towns across 16 countries. With a global user base of 493 annual active customers and 41 million average daily transactions, DiDi is the biggest mobility platform in the world.

In 2020, the company generated 94.3% of its revenue from its core mobility business in China. The rest was generated from overseas markets (1.6%) and other services (4.1%) such as e-bikes and intra-city freight. Within the China mobility segment, it plays either one of two roles: principal or middleman. As principal, DiDi earns fees from ride-sharing users, which it records in full as revenue. It then pays drivers for providing the service, which it records as the cost of sales. As a middleman, it gets a commission for matching drivers with riders. Last year, DiDi earned 97% of its China mobility revenue as a principal.

DiDi had a challenging 2020, but its long-term prospects look as exciting as ever. Management estimates the global mobility industry -- a market that includes ride-hailing, public transport, and e-bikes -- was worth $6.7 trillion in 2020. It predicts the value of this market will more than double by 2040, driven by urbanization and globalization trends. As a subset of this market, the penetration of shared mobility is expected to grow from 2% in 2020 to 24% in 2040. DiDi believes shared mobility will make transport more affordable and convenient over time, partly due to the advent of self-driving cars.

This puts DiDi in a sweet spot. It's the largest shared mobility provider in China and expanding into other countries. Thus, it's in a prime position to benefit from multi-decade growth trends in this industry.

For instance, its scale means it can deliver arguably the best service at the lowest cost. With the largest driver network, it should be able to match passengers to nearby vehicles in the shortest time possible. Thanks to that efficiency, its drivers can make more income-generating trips every day. This means they're able to earn more money while charging less per trip. It's not hard to see why DiDi has become the go-to brand for ride-sharing users in China.

And as more customers start using DiDi, more drivers will naturally gravitate toward the platform, fueling a virtuous cycle of more users and more drivers. As long as it keeps both sides happy, it will likely be able to ride the mobility market's growth for years.

Still, DiDi faces a winding and rocky road ahead. For one thing, it's still unprofitable. This might remain the case as it pours cash into advertising and incentives to attract and retain drivers and customers. It must also contend with the rise of competitors such as Chinese food-delivery goliath Meituan.

Furthermore, regulatory hurdles will keep DiDi on its toes. As the shared mobility market is still in its infancy, regulators in China and elsewhere could develop new rules that impede the company's growth. Its U.S.-based peers Uber and Lyft are no strangers to those challenges. Should DiDi fail to keep up with regulators' requirements, its business could be severely affected as we've seen with the recent suspension of its mobile app.

Just days after its IPO, the Cyberspace Administration of China placed DiDi under review on national security grounds. While no formal charges have been pressed against the company yet, the regulator has stopped DiDi from registering new users. Depending on the duration of this restriction, it could severely impact the company's financial performance.

Despite DiDi's issues with China's regulators, there's a solid investment case to be made for the company. It's the leader in the world's largest ride-sharing market, and it's well-positioned to grow and capitalize on the paradigm-shifting trends in the mobility industry.

Still, I think investors shouldn't be rushing to buy this stock. For one thing, the regulators' investigation into DiDi has only just begun. With so much still up in the air, investors should wait to see the outcome of this probe before deciding what to do next.

Besides, DiDi is a newly listed stock. Would-be shareholders should track the company's performance over at least the next few quarters to see if it lives up to the hype.