Dividend stocks that pay less than 2% probably aren't worth your time if recurring income is what you are after. The average yield on the S&P 500 is just 1.4% right now, and it's not hard to find many stocks that pay well above that. While you don't necessarily want to go hunting for risky double-digit-percentage payouts, there are some attractive options out there yielding 5% or better.

For example, Medical Properties Trust (NYSE:MPW) and TC Energy (NYSE:TRP) offer well-above-average dividend yields along with some long-term stability, and both are worth considering for income investors. 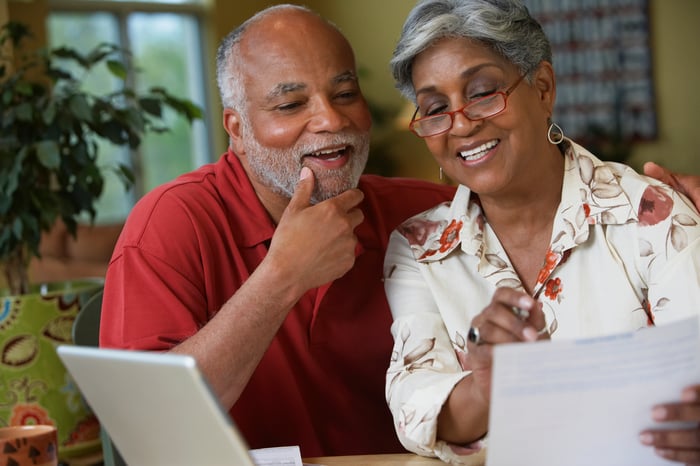 This real estate investment trust (REIT) is focused on the healthcare industry, with hospitals accounting for close to 85% of its portfolio. Behavioral health facilities make up another 8%.

And Medical Properties isn't just standing pat. The REIT announced in June that it would acquire five general acute hospitals in Florida for $900 million in a sale-and-leaseback agreement. The company believes these are valuable facilities, noting that they "serve a dense, growing, and aging population" in an area where the need for healthcare services will be great. It also invested another $950 million in another sale-and-leaseback agreement that involved 18 inpatient behavioral hospital facilities. That deal also included an investment in Springstone LLC, which provides behavioral health services.

Those deals bode well for long-term investors, as they could mean higher dividends in the future from Medical Properties. Since REITs need to pay out 90% of their profits annually to shareholders in the form of dividends, investors only need to see increasing profits to know that their payouts will soon rise. Today, Medical Properties makes quarterly dividend payments of $0.28 per share -- up from the $0.27 per share it paid a year ago. It's an incredibly safe dividend, as can be seen by looking at the company's funds from operations (FFO) -- the metric that REITs use instead of net income to assess their performance. Medical Properties' FFO per share totaled $0.43 for the first three months of 2021, so its payout ratio based on that metric is just 65%.

Medical Properties is growing in size, so its dividend likely will as well. Income investors don't always have to sacrifice safety in their quest to get great yields -- they can get both with this stock.

This oil and natural gas infrastructure giant, previously known as TransCanada, has some history showing it to be a stable investment. It has posted profit margins of 22% or better in each of the past four years.

TC Energy got bad news when President Joe Biden denied a vital permit for its controversial Keystone XL pipeline on the day of his inauguration -- essentially killing the project. But that was an outcome many investors were already expecting.

For more than a decade, the company had been struggling to move the project forward in the face of heavy opposition from environmentalists and communities along its planned route, among others. President Obama was against it, while President Trump supported it. But when Biden blocked it, TC Energy finally gave up the effort and officially canceled it.

That left the company to book a sizable impairment of 2.2 billion Canadian dollars in the first quarter. The result was an ugly bottom-line net loss of CA$1.1 billion for the period. But TC Energy isn't concerned about its dividend; management believes that its operations are still strong enough to support dividend growth in the range of 5% to 7%. Over the past two decades, a 7% annual growth rate is what TC Energy has averaged in its dividend payments.

Investors who rely on payout ratios to assess a dividend stock's safety could easily overlook TC Energy now. Its brutal Q1 results will ensure that its payout ratio will look bad for the next year, but that doesn't mean the dividend is in danger. Income investors may not want to wait too long to buy into this company, however, because with oil prices rising and the sector starting to heat up, its yield could start to come down. Year to date, both TC Energy and the Energy Select Sector SPDR ETF have outperformed the S&P 500's 17% gains, rising by 23% and 39%, respectively.

Whether you want exposure to the oil and natural gas industry or simply desire a safe, high-yielding stock, it's hard to go wrong with TC Energy.