Is the slump in Bitcoin (CRYPTO:BTC) finally over?

It's no secret by now -- the price of the world's foremost cryptocurrency has cratered over the last couple of months, falling 46% from its highs in early May. But on Friday, Bitcoin's price appeared to finally show signs of stabilizing, actually ticking up about 0.2% through 10:40 a.m. EDT.

Not all cryptocurrencies are so fortunate, however. Dogecoin (CRYPTO:DOGE) owners in particular are sitting on a 5% loss today, according to the latest data from Coinbase -- and the difference between what just happened to Bitcoin and what's still happening to Dogecoin may come down to just one factor: Square (NYSE:SQ). 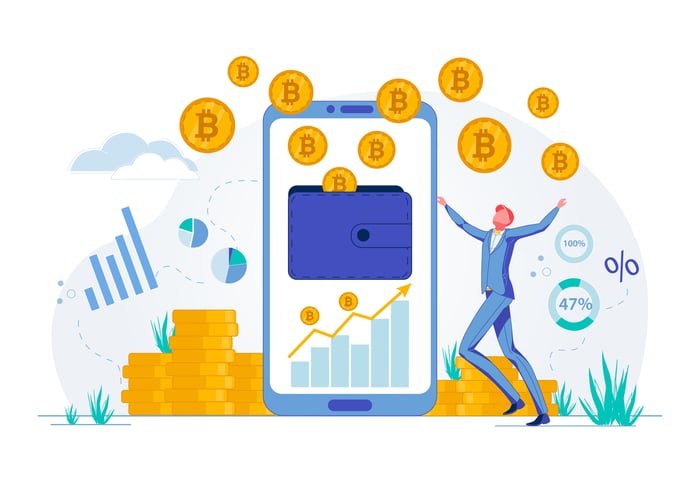 Cryptocurrencies in general got hit by a wave of selling yesterday, if you recall, after Dogecoin co-creator Jackson Palmer fired a broadside at the industry on Twitter yesterday.

Palmer ripped cryptocurrency as a whole (a concept he helped create) as "shady" and rife with "corruption, fraud, inequality." Far from being an investment opportunity for the little guy, or a safe and reliable store of value free from government oversight, Palmer says cryptocurrencies have morphed into a means "to amplify the wealth [of] the existing centralized financial system" -- and a system being manipulated by "bought influencers and pay-for-play media outlets."

I am often asked if I will "return to cryptocurrency" or begin regularly sharing my thoughts on the topic again. My answer is a wholehearted "no", but to avoid repeating myself I figure it might be worthwhile briefly explaining why here...

Even today, more than 24 hours after the tweet thread, most cryptocurrency prices tracked on Coinbase are suffering the effects of Palmer's words. Bitcoin, however, is dodging the bullet thanks to an announcement from Square (shares of which jumped nearly 3% this morning and remain up 1%).

This announcement also appeared on Twitter, by the way, and in it Square says it is creating "a new business," the name of which is yet to be determined, that will offer "non-custodial, permissionless, and decentralized financial services" centered on Bitcoin.

We don't have any more detail than that about Square's new service, unfortunately. But already, just the prospect of what may be to come seems sufficient to have lifted Bitcoin out of the dumps -- and boosted Square stock higher as well.