Shares of Turquoise Hill Resources (NYSE:TRQ) slumped 13.5% by 10:30 a.m. EDT on Friday. Weighing on the mining stock was a disappointing production report and an analyst downgrade.

Turquoise Hill Resources reported that personnel shortages due to COVID-19 restrictions affected its mining operations during the second quarter. Surging cases in Mongolia forced the country to enact a series of lockdowns, which limited the mining company's ability to maintain the employee levels needed to meet its production goal. Because of that, copper output fell 19% from the first quarter, while gold production declined by 22%. 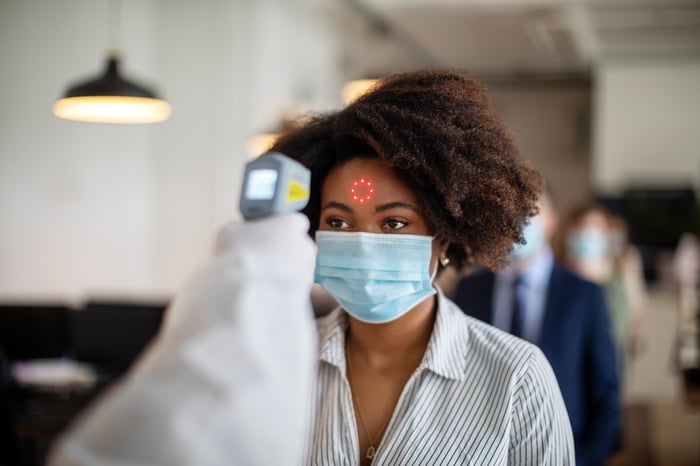 The restrictions also affected Turquoise Hill's open-pit operations and underground development costs. As a result, the company has incurred $100 million of additional development costs already this year. That's adding to the tally of a company that continues to search for the best way to fund the next phase of development for its Oyu Tolgoi copper project in Mongolia.

The production update prompted an analyst from Macquarie to downgrade the stock from outperform to neutral. Driving the downgrade, the analyst said, was the company's "weak" second-quarter production results and the fact that the delay in starting a project due to staffing shortages has had a notable effect on its development progress.

Turquoise Hill continues to battle problems at its mine in Mongolia. While the mine holds a significant amount of copper and gold, the company hasn't been able to tap much of those resources because it's having issues securing funding and government support for the next phase of underground development. So the mining stock remains highly volatile because it's unclear if it will be able to capture those valuable resources.