It's been less than a year since then-vice presidential candidate Kamala Harris promised on national television that a Biden-Harris administration would support legislation to "decriminalize marijuana, and we will expunge the records of those who have been convicted of marijuana."

Fast forward a few months, and that promise seems almost within reach, with Senate Majority Leader Chuck Schumer recently unveiling a draft bill to legalize marijuana for recreational use. And yet, for the past several days, the stocks of cannabis companies such as Aurora Cannabis (NASDAQ:ACB), Tilray (NASDAQ:TLRY), and Charlotte's Web Holdings (OTC:CWBHF) have been on a sustained downturn, falling anywhere from 13% to 17% since early last week.

On Monday, all three of these stocks declined again intraday. Tilray and Charlotte's Web closed the day in the red -- down 2.2% and 3.1%, respectively -- while Aurora ended flat. 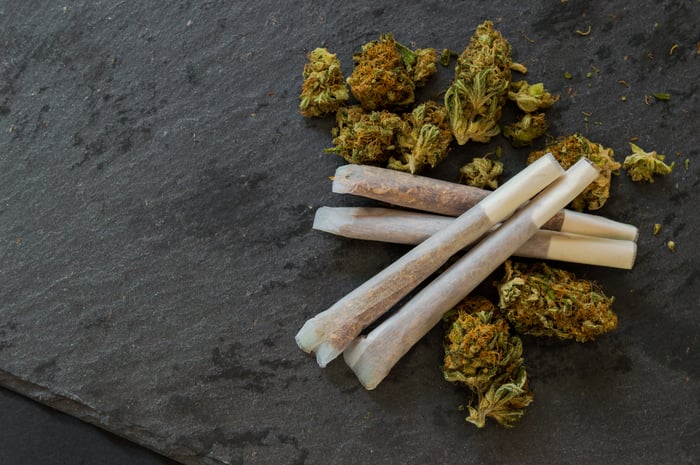 But if things are moving in the right direction for marijuana legalization, and in the direction Harris promised us months ago, then why are marijuana investors seemingly so distressed?

As MarijuanaMoment.net opined last week, despite Harris' avowed support for marijuana legalization, the person who ultimately holds the pen that will decide the fate of any marijuana legalization law that passes Congress is apparently not a fan. To the contrary, the president supports only "modest reforms," reports MM, such as expunging criminal records (as Harris promised) and decriminalizing cannabis possession (which sort of sounds like what she promised last year, but isn't quite as expansive as what she seemed to promise -- or what reform advocates had hoped she had promised).

And in any case, according to White House Press Secretary Jen Psaki, the White House has "no new endorsements" it wants to make in the wake of the new Senate bill's unveiling. Read between the lines, and that kind of sounds she's saying the president out-and-out opposes legalization.

So where does this leave marijuana investors today?

Pew Research polls show that 91% of U.S. voters now favor legalizing marijuana, and you have to figure that at some point, Biden is going to come around to this view himself, and get back on track with his running mate's campaign pledge -- and with the twin bills to legalize cannabis in Congress.

That being said, in a story that came out Friday, ABC News highlighted the despondency of legalization advocates, quoting one cannabis CEO wondering aloud, "why would a Democratically controlled Congress want to put a legalization bill in front of a president from their party who has already said he doesn't want to sign a legalization bill?"

If even marijuana companies are starting to worry about the prospects for marijuana legalization, is it any wonder that marijuana investors are getting a little worried about that, too?