Please ensure Javascript is enabled for purposes of website accessibility
Log In Help Join The Motley Fool
Free Article Join Over 1 Million Premium Members And Get More In-Depth Stock Guidance and Research
By Keith Speights - Jul 19, 2021 at 5:52AM

There's no guarantee that the biotech's share price will continue climbing.

You never hear anyone refer to the "S&P 501 index" or the "S&P 499 index." No, it's the S&P 500 index, for a good reason: The index always includes the 500 largest companies that trade on U.S. stock exchanges. When one company is removed from the list, another one is added. Always.

That's what is about to happen. Alexion Pharmaceuticals currently ranks as one of only six biotech stocks on the S&P 500. However, AstraZeneca will soon acquire the company, meaning S&P Global (SPGI -0.59%) will have to replace Alexion on its heavily followed index.

As it turns out, another biotech stock is set to take Alexion's spot: Moderna (MRNA -4.99%). S&P Global announced last Thursday evening that Moderna would be added to the S&P 500, effective prior to the market open on July 21. Shares of Moderna jumped over 10% on Friday, after soaring nearly 150% year to date already. What's next for this hot vaccine stock? 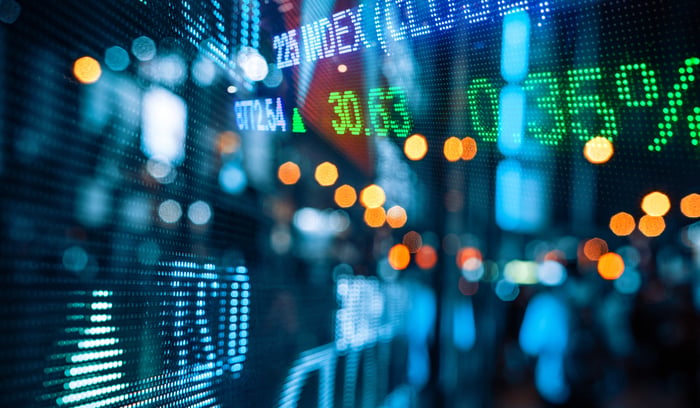 Using the past as a guide

There's an old saying that "history doesn't repeat itself, but it often rhymes." Assuming the adage has some truth to it, we could potentially learn how Moderna's share price might fare by looking at what happened with other stocks that were added to the S&P 500.

So far in 2021, 10 stocks have been added to the index as a result of acquisitions, spinoffs, and market-cap changes.

The most recent of these was Organon (OGN 0.55%). S&P Global announced on May 27 that the drugmaker, which was spun off from Merck, would be added to the S&P 500 index, effective June 4. Organon's shares climbed only around 4% between the date of the announcement and its addition to the index. But afterward, the pharma stock fell close to 15%.

S&P Global announced on May 10 that Charles River Laboratories (CRL -1.63%) would join the S&P 500 index effective May 14. The diagnostics stock fell a little in the days leading up to its addition to the index. However, after its inclusion on the S&P 500, Charles River Labs stock went on a roll, rising nearly 17%.

There is one stock that might offer a closer parallel to Moderna. NXP Semiconductors (NXPI -0.92%) stock jumped around 10% between the announcement of its addition to the S&P 500 on March 12, and when it joined the index on March 22. That's nearly exactly the same level as Moderna's shares leaped on Friday. So what happened next with NXP? The stock moved up and down like a yo-yo, and is now 5% lower.

You've probably decided that history is a poor rhymer -- at least when it comes to how stocks perform when they're added to the S&P 500 index. There's a good reason why it's hard to discern a clear pattern: Each stock has different dynamics at work.

Sure, mutual funds and exchange-traded funds (ETFs) that track the S&P 500 index must now add shares of Moderna to their holdings. However, they were likely already doing so to some extent, even before the announcement about Moderna's addition to the index.

What matters most for Moderna stock now is exactly the same thing that mattered most before last Thursday. And that critical factor is how demand for the company's COVID-19 vaccine will hold up.

Based on the stock's trajectory in the weeks and months leading up to S&P Global's announcement that Moderna was replacing Alexion in the S&P 500, investors are expecting that demand for Moderna's vaccine will remain quite strong. They could very well be right.

However, whether or not investors' optimism is warranted depends on one variable that is most likely to impact Moderna's fortunes over the coming months and years: the emergence of coronavirus variants of concern. Right now, the most important to watch is the Delta variant.

So far, Moderna's COVID-19 vaccine appears to be holding up relatively well against the Delta variant, as well as against other variants of concern. However, there's a real possibility that booster doses could be needed for at least some individuals in the not-too-distant future. Also, other variants could arise for which current vaccines are significantly less effective.

For Moderna to remain a member of the S&P 500, its market cap must remain large enough to be among the top 500 stocks. Whether that will happen depends on recurring demand for its COVID-19 vaccine. And that demand depends largely how coronavirus variants affect the pandemic.