Cross-border money transfer business MoneyGram International (NASDAQ:MGI) has produced more than its fair share of legal issues over the past decade. Most notably, in 2009, MoneyGram settled a wire fraud accusation, and this past year, MoneyGram settled a money laundering case and completed a mandatory compliance improvement program with U.S. regulators.

But with this most recent case settled and better internal compliance programs at hand, MoneyGram's executives are now free to refocus on running and growing the business. This should be good news for shareholders looking forward.

The financial services industry is highly regulated, and companies that operate in it are no strangers to regulatory issues. MoneyGram is certainly no exception: Over the years, it has been charged multiple times with financial malfeasance. However, MoneyGram's legal issues have resulted in onerous and restrictive oversight from its regulators in addition to steep fines.

In 2012, MoneyGram was convicted by the Department of Justice (DoJ) in a money-laundering scandal where the company admitted to "aiding and abetting wire fraud and failing to maintain an effective anti-money laundering program." So the company entered into another settlement deal, paying $100 million in damages, and agreeing to enhance its anti-fraud systems and retain an independent corporate monitor who would regularly report to the Justice Department.

That monitoring program persisted until May 2021 before it was finally allowed to lapse -- nearly nine years of intense regulatory scrutiny that hindered the company. MoneyGram also paid another $125 million to settle charges that it had failed to properly fulfill the anti-fraud requirements of its 2009 FTC agreement, and failed to meet its anti-money-laundering obligations, violating its deferred prosecution agreement with the DoJ. That money will fund a program to compensate people who lost money to scammers that used MoneyGram. 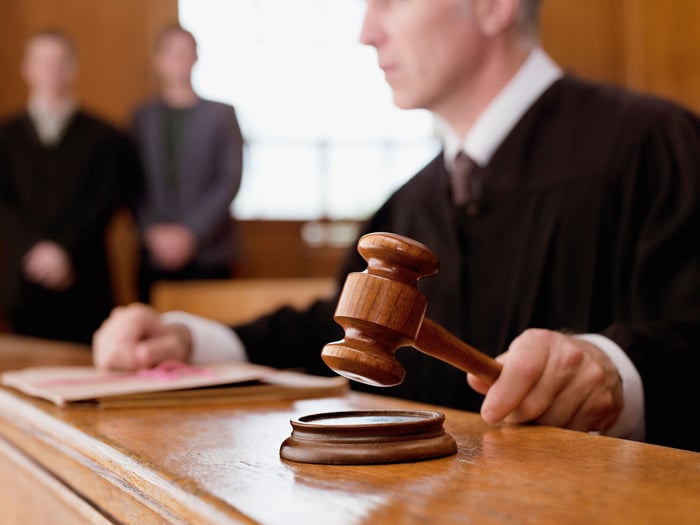 Those fraud charges and the scrutiny they drew from regulators put MoneyGram in a tough position, but the company's response was to rebuild itself from the ground up. Beginning in 2016, MoneyGram began a digital transformation that moved its IT infrastructure to the cloud and overhauled its customer service and compliance operations.

The company has made significant investments in improving the verification of transactions, investing in ID verification software, hiring additional anti-money-laundering personnel, and better staff training. As a result, MoneyGram now has an improved platform on which to conduct its business.

MoneyGram should also be in a position to reduce expenses. Under the DoJ monitoring program, the company incurred around $20 million in annual costs related to direct monitoring, its compliance enhancement program, and legal fees. These costs are expected to go away now that the monitoring program has ended.

The company recently announced it will be able to refinance its existing debt, which rates as high as 13%, to a much lower 5.375%. This refinance is expected to save MoneyGram upwards of $30 million in interest expense. Adding the $20 million saved from the end of the compliance enhancement program and MoneyGram could save as much as $50 million of expense heading into 2021. This is a big deal for MoneyGram, which reported a net loss of $7.9 million for 2020!

Investors seem to agree that the recent regulatory settlements and prospects for expense reductions are good news for MoneyGram. At recent prices, the company's stock price has nearly doubled so far this year. 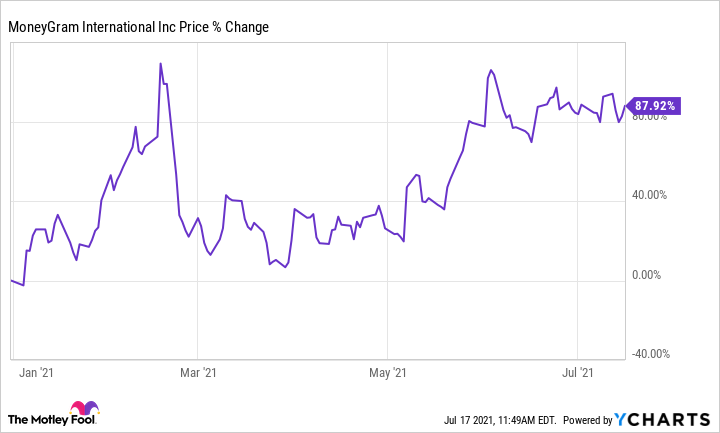 It has been a long road for MoneyGram, and the company has had to make some profound structural changes to its business and culture. Now, it's set up to focus on running its business. This includes reducing its expenses, improving its capital structure, and reinvesting for growth (rather than just investing in compliance).

These are positive developments for MoneyGram and its shareholders. It will be interesting to see how the payments company continues to evolve.

MoneyGram's Settlement With the Justice Department Has Concluded: What It Could Mean for the Stock @themotleyfool #stocks $MGI Next Article
Current