Is the selling over?

In the eight trading days since Virgin Galactic (SPCE 2.16%) sent its founder to space and back -- an event you have to call a success -- shares of the space tourism pioneer have languished, falling 35% in total.

Today, though, Virgin Galactic stock is on the upswing again, up about 1% as of 11 a.m. EDT, having risen nearly as high as 6% earlier in the morning. But why? 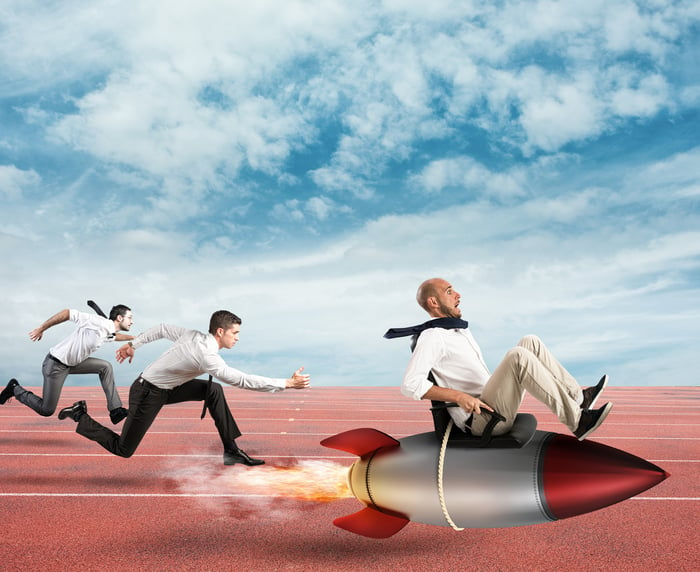 A lot of investors are worried that now that Virgin Galactic rival Blue Origin has conducted a successful space tourism flight as well (just yesterday in fact), competition from Blue Origin might eclipse investor interest in Virgin Galactic -- and steal away its customers to boot.

And yes, Blue Origin has leaped ahead of Virgin Galactic, both flying higher yesterday and carrying its first paying customer before Virgin Galactic. But here's the thing: As Barron's pointed out today, the 600 reservations Virgin Galactic has already booked on its rocketplane give it enough customers to keep it busy with space tourism flights for at least "a couple of years already." And even after that, the total addressable market of potential space tourists probably numbers in the millions, if not the tens of millions.

Long story short, Virgin Galactic's market is not at risk in the short term -- and even in the long term, there are probably plenty of potential customers out there to sustain both Blue Origin and Virgin Galactic for years to come. (Although there are other risks that bear watching).

Meanwhile, a comment out of Blue Origin yesterday -- that "it has nearly $100 million in commercial sales for flights on the New Shepard rocket," as Barron's reported -- suggests that demand for both companies' services remains, in the words of Jeff Bezos, "very, very high."