Packaged food maker General Mills (NYSE:GIS) is probably best known for iconic brands like Cheerios and Betty Crocker. However, it also owns the leading natural pet food brand in the country, Blue Buffalo. It's a great business that's set to get even bigger thanks to a recent acquisition.

Wall Street didn't start off liking General Mills' shift into the pet market. Here's a look at this business and why it's about to get even better. 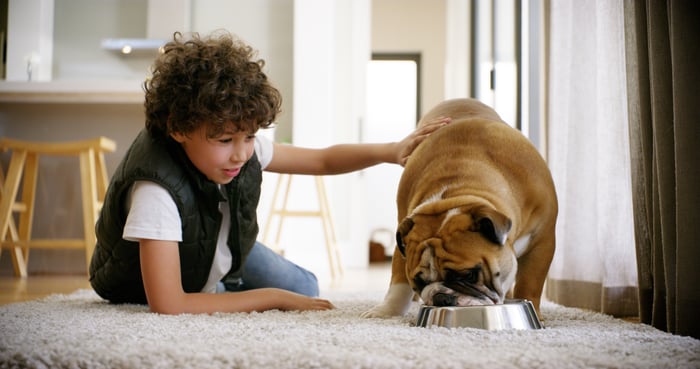 The first step for General Mills

Pets have become an increasingly important business for a lot of companies, and consumer staples giant General Mills wanted in on the action. The company, which is really a brand manager at its core, chose to buy Blue Buffalo in an $8 billion deal in 2018. It was a very big transaction for General Mills and some industry watchers suggested it was overpaying.

There were legitimate fears here, given that the food maker had to hold its dividend static while it worked off some of the debt it would take on to seal the deal. But the real attraction was that Blue Buffalo had the leading industry position in the fastest-growing segment of the pet food niche -- healthy, natural foods. The company, effectively, argued that it would rather pay up for a great business than get a deal on a second-tier player. And there was a clear path for growth since Blue Buffalo was only just beginning to reach into the mass market space that General Mills knows quite well.

So far the results have been strong. For starters, the company has reduced its debt to the point where it was comfortable enough to increase the dividend at the end of 2020 -- slightly ahead of its original expectations. With regard to Blue Buffalo, it had a two-year compound sales growth rate of 10% looking at full-year fiscal 2021 results (using a two-year figure smooths out the one-time pandemic-related sales impact). And the company believes it's gained market share in 2021, as well.

The big driver for the Blue Buffalo business has been expanding its distribution reach. That's a strong point for General Mills, which has good relations with mass-market retailers. However, there's only so far that this effort can take the brand and most of the benefit has likely been achieved. This means that the packaged food company needs to find a new way to keep the business growing. One avenue that's been talked about since the start is expanding into new segments of the pet space.

General Mills just completed the purchase of Tyson Foods' (NYSE:TSN) pet treats business for $1.2 billion. That's a much smaller deal, so it should be easier to digest. And now that General Mills has proven itself with Blue Buffalo, it doesn't represent a major portfolio shift. Importantly, the brands the company is adding are leaders in the natural treats space, keeping it close to its pet food core. A manufacturing facility was included in the price, too. 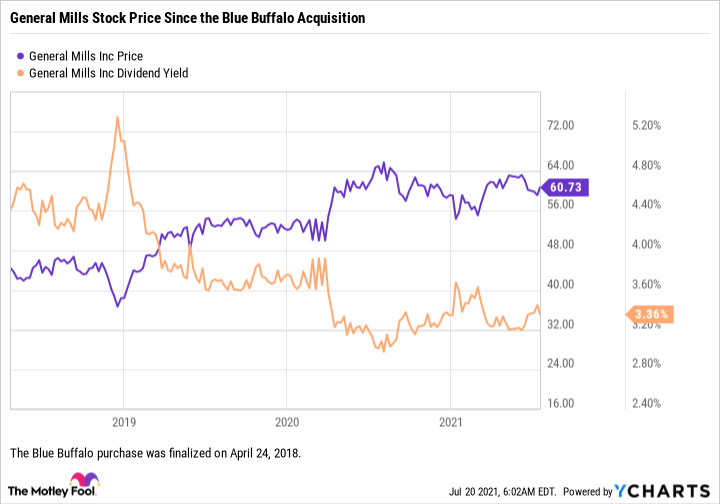 The new business has sales of around $240 million a year, which is relatively small compared to the $1.7 billion in sales General Mills did in the pet food space in fiscal 2021. However, it allows General Mills to gain clout with retailers and gives it a more defined path for extending the Blue Buffalo brand into a new segment. Indeed, the real benefit is likely to be felt over time as the company uses the knowledge it acquires here (including the new production facility) to support Blue Buffalo's ongoing growth.

Keep an eye on pet food

Since the pet treats deal is so much smaller than the Blue Buffalo purchase, the bar for success is lower here. But if this deal works out anywhere near as well as Blue Buffalo, General Mills shareholders should be very pleased. Still, investors should keep an eye on what the food maker does with its new brands and how it integrates them with what it already owns. If done well, this deal could help keep the pet food business growing very nicely for a few more years.