Shares of TPI Composites (NASDAQ:TPIC) fell more than 15% on Friday morning after the maker of wind turbine blades trimmed full-year 2021 guidance. The company believes it is just a short-term lull, but with the stock trading at a premium multiple, even a slight flinch tends to cause an outsize reaction.

TPI Composites has been a popular choice for investors looking to take advantage of the shift toward renewable energy. Its shares climbed more than 275% from the start of 2020 through February 2021 on enthusiasm that the Biden administration would invest heavily in green energy alternatives including wind power. 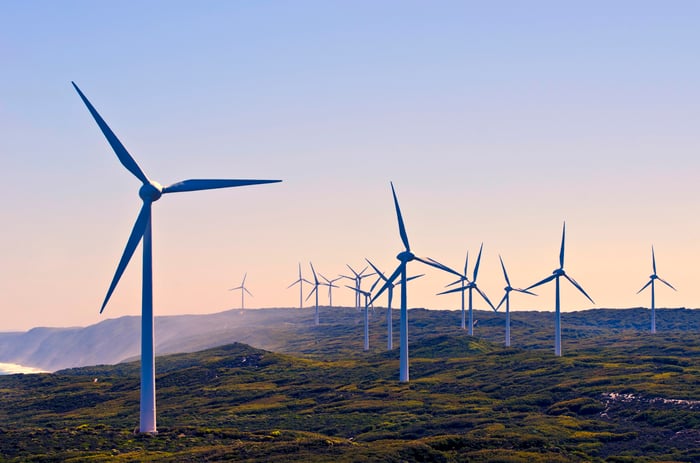 While that thesis might still play out, it appears investor expectations got ahead of results. On Thursday evening, TPI Composites trimmed the upper end of its full-year sales guidance to $1.8 billion from $1.85 billion, and cut adjusted EBITDA forecasts to $70 million to $85 million from $110 million to $135 million.

TPI blamed the cuts on increased raw material costs, including resin and carbon fiber, as well as logistical issues. The company is also lowering its expectations for demand "due to the raw material cost increases mentioned above and continued global renewable energy regulatory and policy uncertainty."

With TPI trading at nearly 60 times expected earnings, investors were not well prepared for any cuts to guidance. The stock has now lost nearly half of its value since February, but it appears there are no easy fixes to jump-start the business in the near term. 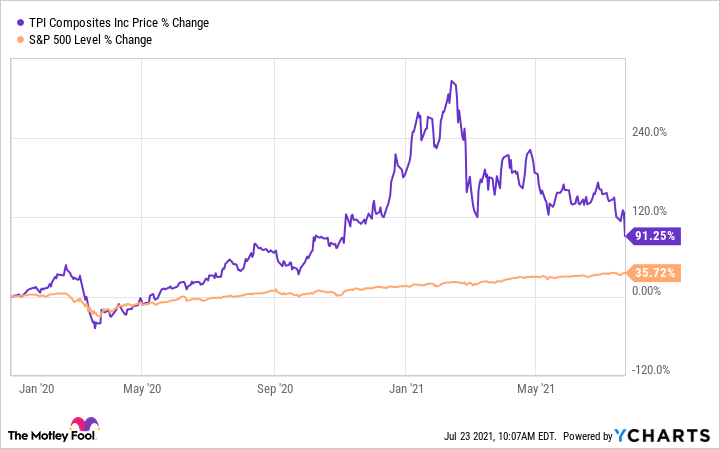 For long-term holders, there is still reason for optimism. TPI said it has extended a deal to produce composite bus bodies for Proterra's electric bus through 2024. It also said that although the wind market might be flat through 2022, "we continue to see strong long-term demand prospects for wind in the U.S. and globally, driven by economics as well as the acceleration of decarbonization initiatives." Proterra is in the process of going public via a merger with ArcLight Clean Transition.

For all its turbulence, TPI Composites remains a market-beating stock since the beginning of 2020, and the long-term bull case remains in reach. But given the multiple, and the slow timetable the company laid out for demand to pick up, investors on Friday are taking some profits on the stock.