Jazz Pharma is not the most popular drugmaker, but it is definitely worth a second look.

In February, biotech company Jazz Pharmaceuticals (JAZZ 0.10%) made some noise when it announced it would acquire GW Pharmaceuticals, a drugmaker specializing in developing cannabidiol (CBD)-derived medicines. The cash-and-stock transaction, which closed in May, was valued at $7.2 billion and represented an almost 50% premium to GW Pharma's market value.

While there are good reasons why Jazz Pharma decided to make this move, acquisitions don't always work as planned. Over the past year, Jazz's stock has outperformed the market and its shares have gotten a bit more expensive, as the graph below shows. With this backdrop in mind, is now a good time to get in on this biotech stock? 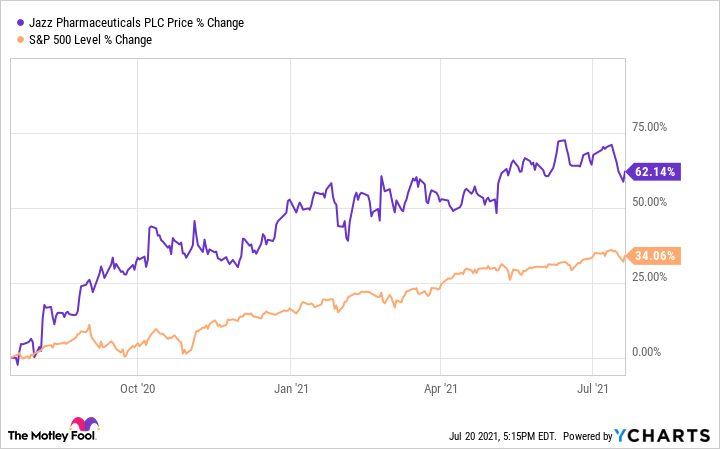 The benefits of the acquisition

Jazz Pharmaceuticals generated $2.36 billion in total revenue during fiscal 2020, a 9.3% increase over fiscal 2019. However, the company's cataplexy medicine Xyrem accounted for 73.6% of its total revenue last year.

This much reliance on a single product is undoubtedly one of the reasons Jazz Pharma decided to acquire GW Pharma. The latter brought a lot to the transaction, most notably Epidiolex, a treatment for seizures associated with two rare forms of epilepsy called Lennox-Gastaut Syndrome (LGS) and Dravet Syndrome.

In 2020, this product racked up $510.5 million in net sales, a 72.23% increase compared to the previous fiscal year. In the past year, Epidiolex earned regulatory approval, both in the U.S. and Europe, as a treatment for seizures associated with a rare tumor called tuberous sclerosis complex (TSC). 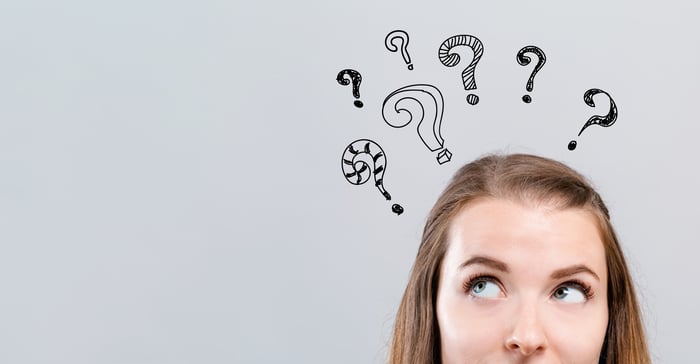 TSC affects between 40,000 and 50,000 people in the U.S. and between 1 million and 2 million people worldwide. These indications make Epidiolex a fine addition to Jazz's lineup. The biotech also got its hands on exciting pipeline candidates through the acquisition of GW Pharma. Most notably, there is Nabiximols as a treatment for muscle pain and spasm caused by multiple sclerosis (MS).

Nabiximols is currently undergoing phase 3 studies, and the market opportunity for this medicine in the U.S. alone could be greater than $400 million. A more diversified revenue stream and stronger top-line growth await Jazz Pharma and its shareholders following the deal with GW Pharma.

Beyond the CBD-derived products and pipeline programs it got through its acquisition of GW Pharma, Jazz has other exciting opportunities. The company is counting on cancer drug Zepzelca and Xywav, which treats sleepiness caused by narcolepsy, to drive growth. Both of these products earned approval from the U.S. Food and Drug Administration (FDA) in mid-2020.

In the first quarter ending March 31, sales of Zepzelca came in at $54.3 million while Xywav racked up $75.4 million in sales. Jazz Pharma completed the submission of a Supplemental New Drug Application for Xywav as a treatment for idiopathic hypersomnia (excessive sleepiness) in February. The FDA granted Xywav a priority review in this indication, and the regulatory agency set a PDUFA goal date of Aug. 12.

There is also Rylaze (JZP458), a cancer medicine that earned FDA approval in late June. Jazz Pharma expects these drugs, along with Sunosi -- a treatment for excessive sleepiness in patients with narcolepsy that was originally approved in 2019 -- and Epidiolex, to generate 65% of its revenue by 2022.

That would be a major shift from fiscal 2020, when Xyrem alone made up roughly 73% of its top line. And that's not to mention Jazz Pharma's pipeline, which boasts more than a dozen programs. Growing revenue with a highly diversified lineup and more opportunities to bolster its portfolio are, in my view, more than enough reasons to purchase shares of this biotech stock.