The "Google of China" has generated massive gains for its early investors.

Baidu's gains have been impressive, but they were mainly achieved in the first ten years after its IPO. Over the past five years, Baidu's stock has risen a mere 10%, while the NASDAQ has nearly tripled.

Let's look back at the evolution and expansion of Baidu's business, why the bulls seemingly lost interest in the stock, and where it might go from here. 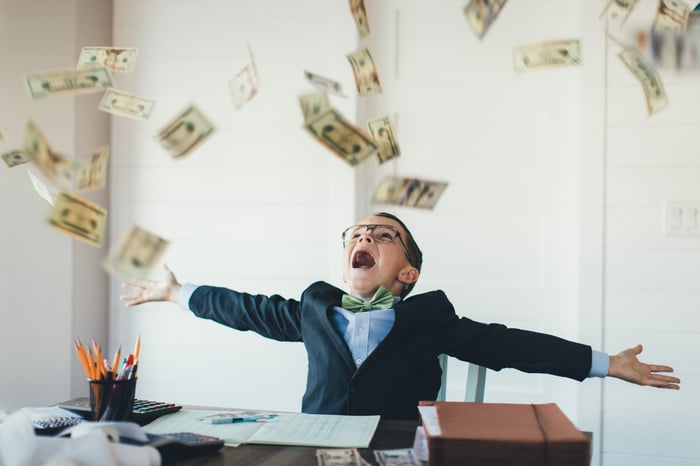 Baidu generated stunning growth after its IPO. Between fiscal 2005 and 2010, its annual revenue rose from $39.6 million to $1.2 billion, representing a CAGR (compound annual growth rate) of 97.8%.

Alphabet's (GOOG -2.22%) (GOOGL -2.10%) Google was once Baidu's top competitor, but it abruptly left mainland China in 2010 after a clash with the government. Google's departure enabled Baidu to conquer the domestic search market and truly become the "Google of China".

Like Google, Baidu expanded its ecosystem beyond its core search engine with portal websites, online maps, cloud storage services, and investments in other websites. Between 2010 and 2015, its annual revenue jumped from $1.2 billion to $10.2 billion, which represented a CAGR of 53.6%.

But then the problems started stacking up

But Baidu's growth decelerated significantly over the following five years, growing at a CAGR of just 9.9% between 2015 to 2020. That slowdown can be attributed to four main factors.

First, China's Cyberspace Administration probed Baidu in 2016 following the death of a university student who had purchased unapproved drugs through Baidu's ads. That investigation resulted in tighter restrictions on Baidu's healthcare ads which throttled its revenue growth over the following year. 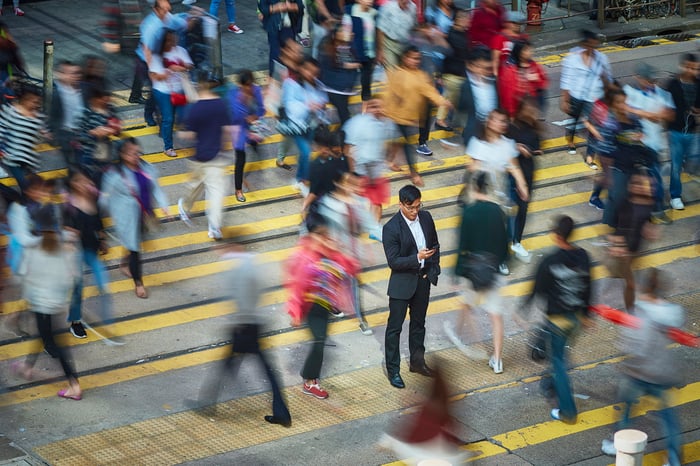 Third, Baidu over-diversified its business to keep pace with Alibaba and Tencent. To streamline its business, it divested several of its weaker businesses -- including its fintech division and its stake in the online travel agency Ctrip -- which reduced its annual revenue.

Lastly, China's economy stalled out, growing at its slowest rate in 29 years in 2019 before being hit by the pandemic in 2020. Those macro headwinds further reduced the market's appetite for Baidu's ads.

Where does Baidu go from here?

Baidu's highest-growth days might be over, but it's still evolving and expanding. It's diversifying its advertising business away from traditional search ads with Managed Pages, which integrate a company's website into its cloud-based services, and its content creation platform BJH. It will also expand its live-streaming ecosystem with its planned purchase of YY Live from JOYY (YY -3.77%).

Baidu Cloud still ranks a distant fourth place in China's cloud infrastructure market, according to Canalys, but it's growing a lot faster than its core advertising business. It also continues to plant the seeds for future growth with its investments in DuerOS, its cross-platform virtual assistant; Apollo, its software platform for autonomous vehicles; and its joint ventures in electric vehicles.

The bulls believe these newer growth engines, along with the gradual recovery of its advertising business in a post-pandemic world, will breathe fresh life into Baidu's stock. The bears believe Baidu will continue to struggle against both bigger and nimbler tech companies like Tencent, Alibaba, ByteDance, and Bilibili.

Baidu also faces regulatory threats in China, which has been reining in its top tech companies, and the U.S., which could delist Chinese companies that don't comply with new auditing rules with the next three years. Those challenges may overshadow any fundamental improvements to Baidu's business.

Baidu has generated bountiful returns for its early investors, but it's been a lackluster investment in recent years. Baidu's stock seems cheap at 16 times forward earnings, but it won't command much of a premium unless its growth accelerates, it widens its moat, and the regulatory headwinds wane.

Suzanne Frey, an executive at Alphabet, is a member of The Motley Fool's board of directors. Leo Sun has no position in any of the stocks mentioned. The Motley Fool owns shares of and recommends Alibaba Group Holding Ltd., Alphabet (A shares), Alphabet (C shares), Baidu, Bilibili, and Tencent Holdings. The Motley Fool has a disclosure policy.