Shares of Chinese electric-vehicle (EV) maker Nio (NYSE:NIO) are about 30% below January 2021 highs. But investors still might think it's too late to buy shares, as the stock is still up 260% from one year ago, and just under 1,000% higher since the start of 2020.

Though the company is making progress toward profitability, Nio is still recording net losses. With a market cap of over $70 billion, there is already much future success built into the company's share price. But recent progress on its growth plans indicate it might not be too late to buy the stock, as long as you understand the risks involved with an aggressive investment such as this, and enter with a long-term mindset. 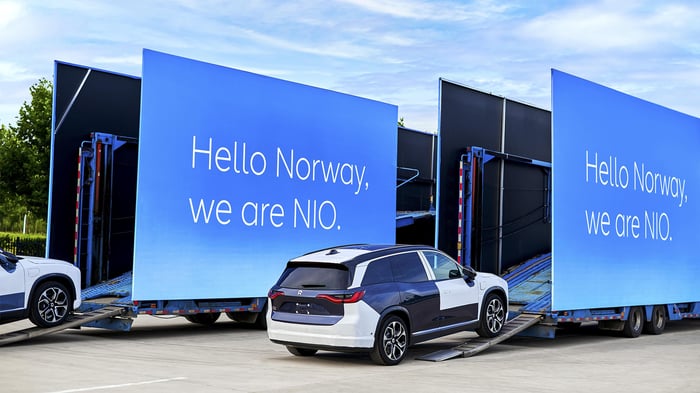 Growing the company, and its market

Nio has been quickly growing sales of its EVs. The company delivered almost 44,000 vehicles in 2020, representing a 113% increase above 2019 levels. That growth has continued into 2021, even with some production delays from the global semiconductor shortage. In the 2021 second quarter, Nio more than doubled vehicle deliveries again over the comparable 2020 period. But as previously mentioned, that kind of growth is already built into the company's valuation, and the overall production volume is still relatively low.

Two important news items came from Nio in recent months, however. The company announced in May that it will begin selling its vehicles outside of China for the first time, entering the European market initially in Norway. Also in May, Nio said it will support that expansion with a new manufacturing agreement with its state-owned partner Jianghuai Automobile Group (JAC).

The three-year agreement extension through May 2024 will allow JAC to continue manufacturing Nio's three current SUV models as well as its upcoming ET7 luxury sedan planned for production beginning in early 2022. It will also include potentially new models yet to be announced. Also, due to growing demand for Nio vehicles, a new factory under construction will help scale production by twice the current capacity to about 240,000 vehicles per year. 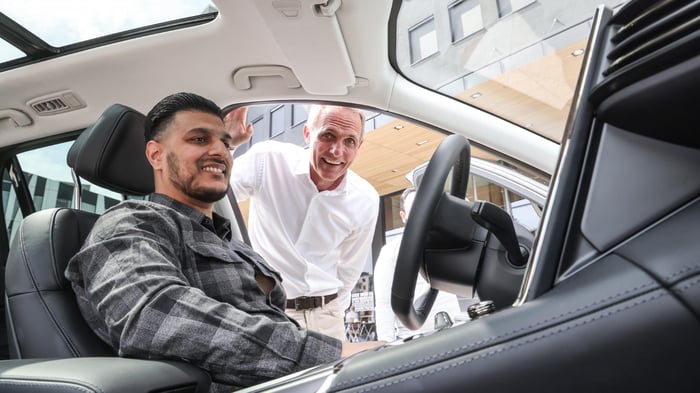 A customer in Norway sits in a Nio. Image source: Nio.

Nio announced that on July 20 it shipped the first load of its flagship ES8 electric SUVs from Shanghai destined for Norway. China is the largest automotive market in the world, but Europe is a global leader in EV sales. A combination of increasing production capacity and a move into another large market represents the growth in scale that Nio shareholders should want to see.

And the company isn't just selling vehicles in Norway. It plans to establish a presence with a full Nio ecosystem similar to its home market. The company said in a statement that in addition to ES8 deliveries to customers beginning in September, the company will also offer a service network, its unique battery charging and swap stations, and a social community it calls Nio House and Nio Life to Norwegian users.

The battery swap stations add an income stream with a subscription service to quickly "recharge" vehicles with an automated battery exchange. The company has a plan to expand the service in China, and will offer it in Norway as well.

Investors, of course, shouldn't just invest in a plan and a dream. But based on a price-to-sales ratio, Nio is similarly valued to Tesla (NASDAQ:TSLA), if not less expensive. 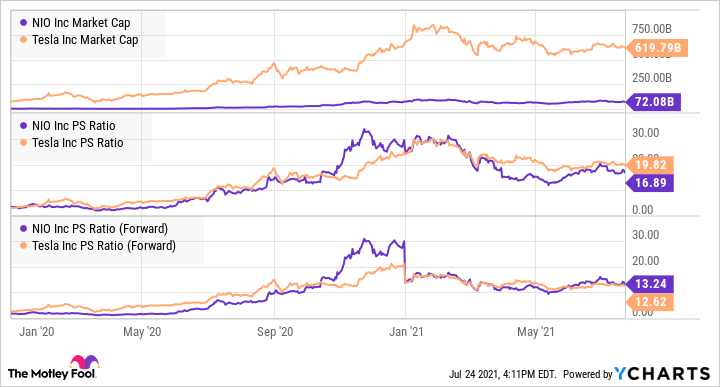 That doesn't make it cheap, but for those who believe the company can continue to grow along with the EV sector in China and beyond, shares of Nio could still make sense for a position in an aggressive portion of a portfolio.