Please ensure Javascript is enabled for purposes of website accessibility
Log In Help Join The Motley Fool
Free Article Join Over 1 Million Premium Members And Get More In-Depth Stock Guidance and Research
By Beth McKenna – Jul 28, 2021 at 9:00AM

Alphabet stock popped after the Google parent reported Q2 earnings on Tuesday after the market close.

Class A (GOOGL) and Class C (GOOG) shares of the Google parent and technology giant popped 3.2% and 0.8%, respectively, in after-hours trading on Tuesday.

We can attribute the market's positive reaction to both revenue and earnings easily beating Wall Street's consensus estimates. The reaction was probably somewhat muted because the stock market was down on Tuesday. All major indexes closed in the red, with the tech-heavy Nasdaq Composite declining 1.2%. 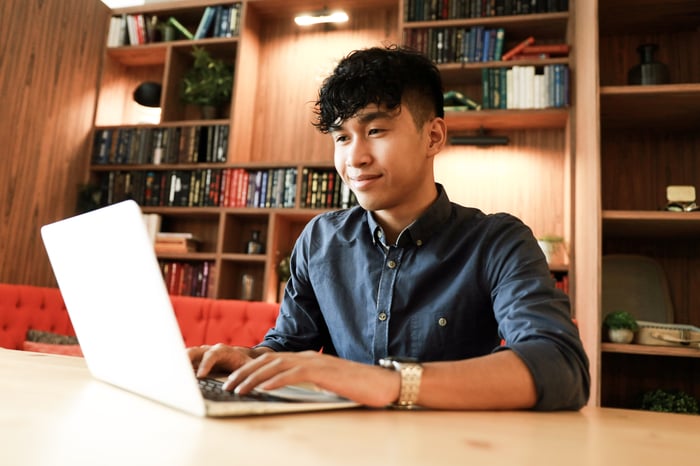 Alphabet's net sales surged 62% year over year to $61.9 billion, exceeding the $56 billion that analysts had been expecting. In constant currency, revenue increased 57%.

Traffic acquisition cost (TAC) took a $10.9 billion bite out of revenue, up 63% from the year-ago period.

Alphabet was helped considerably by the fact that it had easy year-over-year comparables. As I wrote in my earnings preview, the company's "digital advertising-based [business was] significantly hurt in the year-ago period, which was the first full quarter affected by the COVID-19 pandemic. Many businesses were temporarily closed or operating at less than full capacity in that quarter."

For context, in the first quarter, Alphabet's revenue rose 34% year over year to $55.3 billion.

Here's how Q2 revenue broke out:

Given the easy year-ago comparables, it makes even more sense than usual to consider sequential growth. Total company revenue and total ad revenue grew a healthy 12% and 13%, respectively, from the first quarter.

Operating income based on generally accepted accounting principles (GAAP) grew 203% year over year to $19.4 billion. Operating margin (operating income divided by revenue) was 31%, up from 17% in the year-ago period.

As with revenue, the company had an easy operating income comparable.

Google Services contributed all the operating income (and then some), as the Google Cloud and "other bets" segments posted operating losses.

GAAP net income landed at $18.5 billion, up 166% from the second quarter of last year. That translated to earnings per share rocketing 169% to $27.26. Wall Street was looking for EPS of $19.21, so the company sped by the analyst consensus estimate.

Once again, the company had a low comparable bar.

Alphabet's operating cash flow was $21.9 billion, up 56% from the prior year's quarter. The company ended the period with cash and cash equivalents of $23.6 billion, up from $17.7 billion in the year-ago period.

In short, Alphabet had a great quarter even taking into account that it had easy year-ago comparables.