The $205 billion asset Fifth Third Bancorp (NASDAQ:FITB), based in Cincinnati, generated earnings in the second quarter that beat analysts' expectations. The bank reported slightly better income on its interest-earning assets such as loans and securities, but loan growth continued to remain elusive. Fee income continued to come in strong for the year, while expenses also declined from the sequential quarter.

While the bank is not particularly optimistic on loan growth or net interest income, it still has a lot of excess capital and a conservative credit outlook that should provide a boost to earnings going forward.

A lot of excess capital to return

Banks are required to hold regulatory capital for unexpected losses. This can be seen through a number of different capital ratios, but the most prevalent is the common equity tier 1 (CET1) capital ratio, which expresses a bank's core capital as a percentage of risk-weighted assets (RWA), such as loans. Each bank has a different CET1 requirement based on its size and riskiness. To determine how much excess capital a bank may have, you want to look at the CET1 ratio required by regulators, then the management team's own internal target, and the bank's CET1 ratio as it currently stands. This excess capital can used for loan growth, investments in the business, acquisitions, and capital returns such as dividends and share repurchases.

Fifth Third's required CET1 ratio is 7%. Management has said the bank's internal target is 9.5%, and Fifth Third ended the quarter with a 10.37% CET1 ratio. It may not sound like a big buffer, but it is, because we're talking about a bank with hundreds of billions in assets. Management has said it intends to get the CET1 ratio down to its 9.5% target by June 2022. That's a good amount of capital to burn through in less than a year, and remember, this capital is replenished by retained earnings each quarter. At the end of the second quarter, Fifth Third had CET1 capital of $15.05 billion and RWA of $145.08 billion, which gets you the current 10.37% ratio. To be at 9.5% would require the bank's CET1 capital to fall from $15.05 billion to about $13.8 billion, which means the bank currently has $1.25 billion of excess capital. 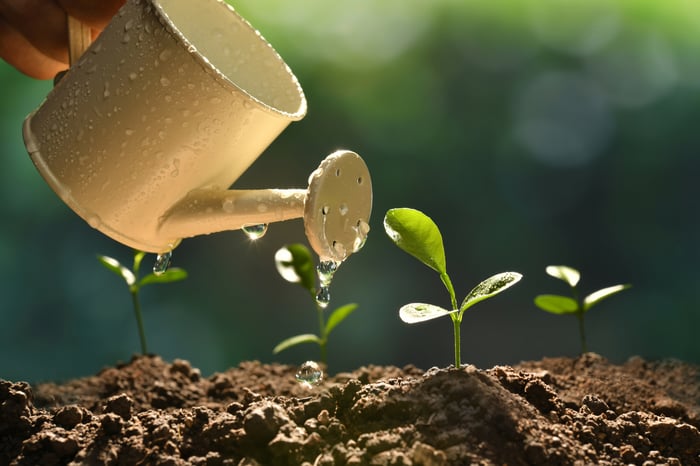 What will it be used for? Management said it plans to use excess capital to increase the common quarterly dividend later this year from $0.27 to $0.30. That $0.03 per share would equate to about $21 million per quarter, assuming the same outstanding share amount, which we know is going to decline through share repurchases. Management said it plans to repurchase $850 million worth of shares in the second half of the year, which is equivalent to roughly 3.4% of the bank's recent $25 billion market cap. The bank also recently acquired a healthcare fintech company and said the acquisition would erode the CET1 ratio by about 0.3%. That is equivalent to $43.5 million based on the current $145.08 billion of RWA.

There is another $84 million in dividends to pay out over the next four quarters conservatively, $850 million in share repurchases just in the second half of the year, and then about $43 million from the acquisition. That reduces CET1 capital from $15.05 billion to $14.07 billion. Assuming the same RWA of $145.08 billion (it will, of course, change), that would bring the CET1 ratio down to 9.7%. But again, remember, the company is generating earnings each quarter that can cover a lot of this. In the first half of the year, Fifth Third generated nearly $1.35 billion in earnings.

The big question will obviously be on loan growth, because loans require capital set aside to cover potential losses. However, management has guided for average loan and lease balances to be stable on the year. Loan growth could begin to surge in early 2022, but Fifth Third appears to have plenty of capital to support it. An analyst on the call questioned if the bank could really hit that 9.5% target by next June, to which Fifth Third CFO Jamie Leonard responded:

We have a lot of capital deployment opportunity ahead of us to get to the 9.5%. And certainly, if loan growth doesn't materialize, then we'll look to continue to hit the 9.5%. And then we do feel that should loan growth accelerate, we certainly have a buffer from where we think we need to run the company from a capital perspective.

I believe what Leonard is saying there is that if loan growth does not materialize, perhaps the company will return more capital to shareholders, whether that means another dividend increase or more share repurchases. The bank could also continue to do smaller fintech deals to consume capital.

The other related aspect is that the amount of capital the bank has set aside for potential loan losses still seems to be conservative. We can track this number through a metric called the allowance for credit losses (ACL), which is the capital set aside for loan losses divided by total loans and other funding commitments.

Fifth Third finished the quarter with an ACL of 2.06%, although if you exclude Paycheck Protection Program loans and an unamortized loan discount, the ACL would be 2.22%. Prior to the pandemic, Fifth Third would have had an ACL of about 1.8%, so there is clearly still some room to come down if the economy keeps improving and the uncertainty around the delta variant of the coronavirus clears up. Net charge-offs (debt unlikely to be collected and a good indicator of actual losses) at the end of the quarter were just 0.16% of total loans, and management is only guiding for a net charge-off ratio of 0.20% to 0.25% for the full year.

Management models its ACL on certain economic scenarios. For instance, Fifth Third's base case assumes unemployment will reach 4% by the first quarter of 2022 and end a three-year period around 3.5%. But then management also sees what will happen in upside and downside scenarios. Fifth Third's management team arrived at its current ACL by placing 60% weight on the base case, and 20% weight on both the downside and upside scenarios. So, assuming things continue to improve, there will be more reserve releases from the ACL. Management also told investors on the latest earnings call that if they were to apply a 100% weight to their downside scenario, it would require a reserve build of $763 million of capital.

Given the bank's capital position, the bank would easily be able to absorb this, which again shows the bank's strong capital position. In fact, management said that given where credit is, it could run the bank at a 9% CET1 ratio level if loan growth does significantly accelerate.

A boost to earnings

Share repurchases are going to keep juicing earnings; the bank has seen good revenue in its fee income businesses this year, and any loan growth would be a plus and not hinder any planned capital return initiatives. In addition, if the economy keeps improving and is not derailed by the delta variant, there could also be reserve releases. If loans don't materialize, the bank could repurchase more shares in the first half of 2022. Given the amount of excess capital and the bank's momentum, I expect to see strong earnings over the next few quarters and into 2022.