Please ensure Javascript is enabled for purposes of website accessibility
Log In Help Join The Motley Fool
Free Article Join Over 1 Million Premium Members And Get More In-Depth Stock Guidance and Research
By Cory Renauer – Jul 29, 2021 at 6:47AM

Slowing growth in the face of exploding competition for digital health services should have investors more than a little concerned.

Teladoc Health was able to report a great deal of growth in the second quarter, but a slew of well-funded competitors entering the digital health space has investors worried about the future. This stock can climb, but the company will need to convince investors it can overcome these major challenges. 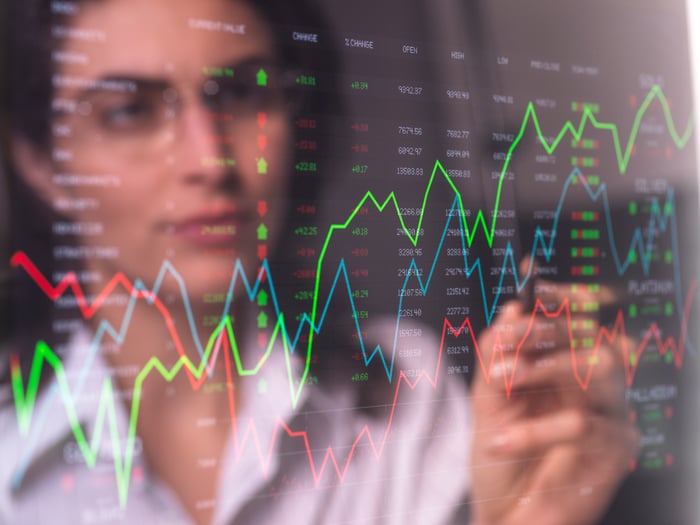 BetterHelp is an increasingly important component of Teladoc's growth strategy, but acquiring new customers is a lot more difficult now than it was a year ago. The recent stock market debut of Talkspace (TALK -3.23%) gave Teladoc's rival $250 million to compete with BetterHelp.

Nimble start-ups like Talkspace aren't the only type of challenge to Teladoc's dominance of the burgeoning market for long-distance mental health services. America's largest healthcare benefits manager, UnitedHealth Group (UNH 1.49%), recently launched a mental health service to compete with Teladoc and Talkspace. UnitedHealth Group's operations earned $6.0 billion during the second quarter, giving the company all the resources it needs to compete with Teladoc Health for the attention of employers.

Employers and other healthcare plan sponsors are currently getting bombarded with offers to join a slew of new digital health services. This is why Teladoc's already slim profit margin appears on the verge of getting even thinner. Adjusted earnings before interest, taxes, depreciation, and amortization (EBITDA) came in at $66.8 million during the second quarter. That was only $10.2 million more than the previous quarter and it isn't getting better. The company also told investors to expect adjusted EBITDA to contract in the third quarter by providing a guided range between $60 million and $65 million.

Last year, Teladoc Health made a huge bet on the future of chronic care management by merging with Livongo Health. Unfortunately, chronic care enrollment and utilization metrics are decelerating. Enrollment rose by just 57,000 in the second quarter, compared to 64,000 during the first quarter.

Livongo uses smartwatches, blood sugar monitors, and other internet-enabled devices to track patients and inform their behavior. The number of new data points registered devices gave the company's AI engine to chew on in the second quarter rose 18% to 1.72 billion. The same metric rose 29% to 1.13 billion during the previous quarter.

Despite losing nearly half its value since a peak in February, big growth expectations are still baked into Teladoc Health's stock price. The company's $22.9 billion market cap at recent prices works out to around 87 times the midpoint of management's adjusted EBITDA expectations for all of 2021.

Teladoc Health's sky-high valuation isn't so high that this healthcare stock can't provide market-beating gains. But competition with private insurance giants like UnitedHealth Group that are entering the digital health space means investors might not see any profits for the foreseeable future.

Now isn't the time to dump Teladoc Health shares if you're a long-term shareholder. If you're looking for healthcare stocks to buy, though, it won't be hard to find better options right now.