Uptake of the company's revolutionary disease-controlling device isn't progressing as quickly as expected.

Shares of Novocure (NVCR -0.70%) slid this week in response to a disappointing second-quarter earnings report. Investors aren't happy about the slower-than-anticipated rollout of the company's Tumor Treating Fields, or TTF, therapy. The healthcare stock finished the week down 18.7% from its closing price last Friday.

During the three months ended June 30, Novocure reported total revenue rose 23% year over year to $133.5 million, which was around $8.3 million less than consensus estimates. It was also slightly less than the company reported during the first three months of the year. 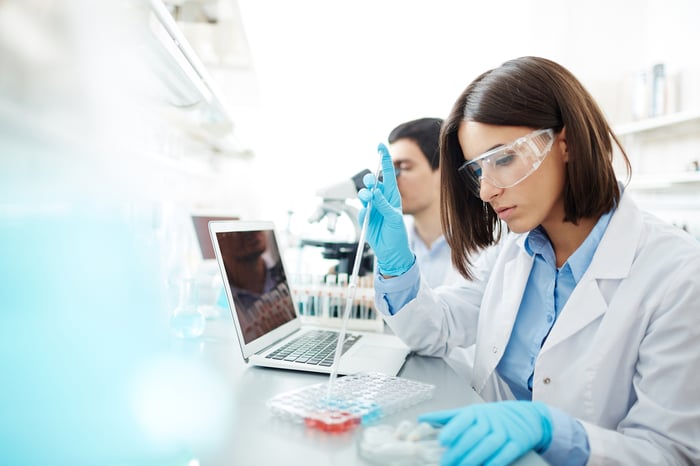 Investors were also disturbed by the lack of new patients using the company's devices to stop their tumors from growing. Active patients rose 6% year over year to 3,487, but this was just 34 more than the company reported at the end of March.

By the company's estimates, around 8,200 patients with GBM seek treatment in the U.S. every year. In other words, Optune has probably reached a saturation point with its currently available patient pool.

Novocure is working hard to grow Optune's addressable patient population but it hasn't been easy. On July 1, the company reported disappointing results from a liver cancer study. Investigators were looking for a response rate of 20% or higher, but treatment with Optune plus standard care shrank tumors for just 9.5% of patients.

Novocure's next chances at expanding beyond the limited mesothelioma and GBM niches are coming up soon. The company is currently enrolling non-small cell lung cancer (NSCLC) patients into a phase 2 combination trial with Keytruda, a blockbuster cancer therapy from Merck. In 2022, the company also expects to read out results from an ongoing phase 3 NSCLC trial.

In the U.S. last year, NSCLC claimed more than 100,000 lives and many more patients received their first diagnosis. Impressive trial data among this gigantic population could allow this beaten-down healthcare stock to bounce back stronger than ever.