Bitcoin jumped this week and pulled the entire crypto market with it.

Shares of cryptocurrency stocks jumped sharply this week, according to data provided by S&P Global Market Intelligence, as cryptocurrencies like Bitcoin (BTC -1.27%) and Ethereum (ETH -2.36%) made a sharp recovery. Bitcoin jumped on reports over the weekend that Amazon was looking to accept the cryptocurrency as early as this year for retail orders. Those rumors were shot down midweek, but Amazon did admit it's exploring the crypto space.

Bitcoin rose 15.7% between the close of trading a week ago Friday to early this Friday and reached over $40,000 during the week. Ethereum was up 10.8% over the same time frame. 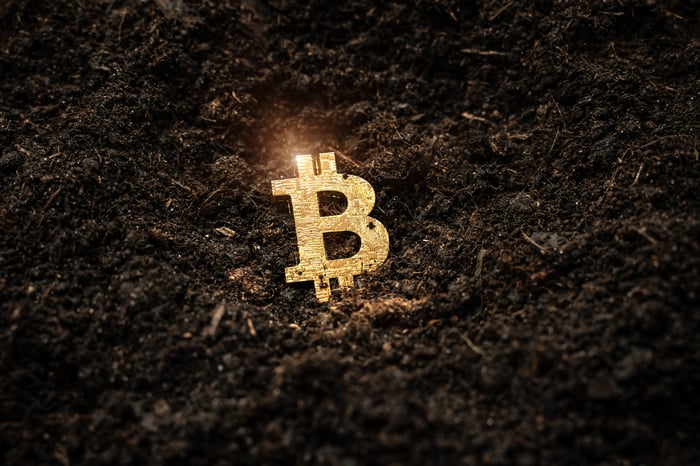 The move for MicroStrategy and Grayscale Bitcoin Trust was clearly driven by the price change in Bitcoin itself because that's the asset they're holding on the balance sheet.

Riot Blockchain and Bit Digital are a little different as miners because their margin is going to be determined by the price of Bitcoin. So, they will move with the cryptocurrency, just like a commodity, but not necessarily as directly.

One big piece of news out of this group was Bit Digital announcing a second strategic co-mining agreement with Digihost Technology. Bit Digital will provide a 100-megawatt Bitcoin mining system that Digihost Technology will host for two years. The deal is expected to increase the hash rate by 20%, which is what pushed the stock sharply higher this week.

Bitcoin, Ethereum, and other cryptocurrencies continue to be extremely volatile, and this week that worked in investors' favor. Taking a step back, Bitcoin is still down sharply from its highs this spring. And crypto-related companies, especially miners like Riot Blockchain and Bit Digital, are down as well. So, the long-term trends aren't as positive as what we saw this week. 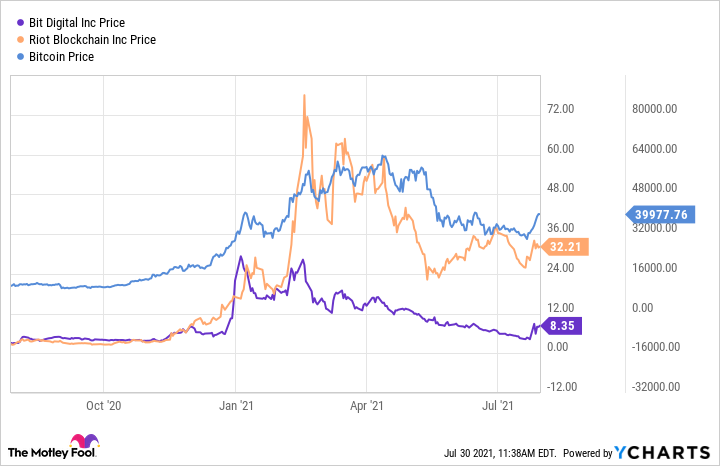 We simply don't know where Bitcoin, Ethereum, or any other cryptocurrency is headed, but when they have big moves like this, we can expect crypto stocks to move along with them.

What I'll be watching over the next month is how earnings come in for Bitcoin miners. There's been a lot of growth in the sector as Bitcoin has risen and more transactions are processed, but deals like the one Bit Digital announced could help margins and net income short term.

Investors should expect the volatility to continue in cryptocurrencies. That's just the price of admission for the industry, so next week could just as easily reverse the gains we saw this week.

Why Coinbase, MicroStrategy, and Silvergate Capital Crashed This Morning
366%