Please ensure Javascript is enabled for purposes of website accessibility
Log In Help Join The Motley Fool
Free Article Join Over 1 Million Premium Members And Get More In-Depth Stock Guidance and Research
By Keith Noonan, James Brumley, and Daniel Foelber – Aug 1, 2021 at 7:30AM

Robinhood Markets (HOOD -0.74%) completed its initial public offering on July 29, and it got off to a rocky start. The stock hit the market priced at $38 per share, but it quickly stumbled and closed out the day down roughly 8%. Shares regained some ground in the next session, and more volatile swings could be in the cards.

It's still far too early to count the commission-free trading company out, but there may be better options available for growth-focused investors. With that in mind, a panel of Motley Fool contributors has identified three signs a stock may be poised to deliver superior returns. Read on to see why they think keeping these characteristics in mind will help your portfolio. 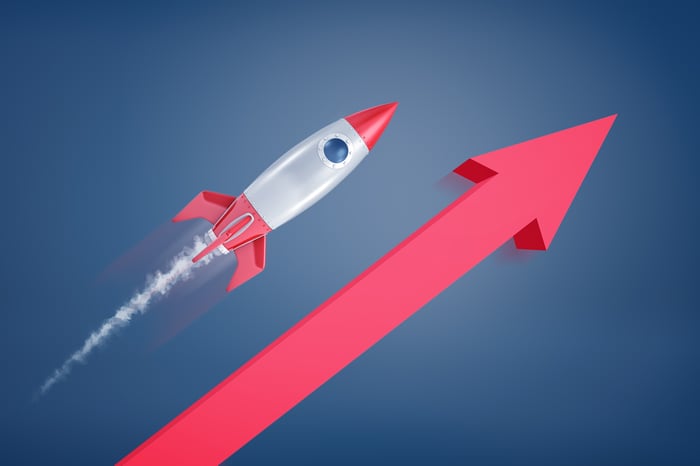 1. It lives up to its mission statement

Keith Noonan: Robinhood is posting incredible user growth, adding 5.5 million new funded accounts last quarter and bringing its total funded accounts to 18 million at the end of the period. The company's platform has brought accessible, commission-free trading to a wide range of new investors, but the lead up to its public debut was also fraught with failures and missteps that raise questions about the business's long-term outlook.

Consider that the trading platform went down three times in one week during the March 2020 market crash. With many Robinhood users participating in day trading and risky options plays, the service repeatedly going down during one of the most volatile periods in stock market history raises red flags. A lot of people got burned because of those outages. Unfortunately, those weren't the only instances of investors being kept from trading in crucial moments.

When meme-stock and short-squeeze manias were hitting peaks, Robinhood locked users out of buying shares in GameStop, AMC Entertainment Holdings, and a handful of other hot names. Those decisions didn't stop the company from continuing to add new accounts at an impressive clip in subsequent months, but many existing users were understandably upset, and too many moves like that could damage the platform's viability.

Robinhood's stated mission is to "democratize finance for all" and make financial markets more accessible, but the company has frequently come up short of those goals, and it's not offering anything particularly special now that most major brokerages and new upstarts also offer commission-free trading. Robinhood has attracted users thanks to its easy-to-use mobile interface and brand power. There's no denying that the company is posting eye-catching member growth and that it has played a big role in reshaping the investing world, but I generally think investors will be best served by backing companies that reliably live up to their mission statements.

2. It stays off regulatory radars

James Brumley: It's been obscured by the public offering's hype, but Robinhood debuted into regulatory scrutiny no young company needs to deal with.

The issue is the trading platform's payment for order flow, or PFOF. In simplest terms, the reason the service is "free" is that Robinhood is being compensated to route trade orders to and through middlemen that may not be giving investors the best possible price at that time.

Yes, it's the potential conflict of interest it seems like it is.

To be fair, many major online trading outfits like Charles Schwab and E*Trade accept payments from certain market makers for facilitating some trades. But Robinhood generates up to 80% of its total revenue this way, which sets the stage for temptation in the future. When the majority of your business forces you to choose between doing what's best for your customer or what's best for you, which are you going to choose when things turn challenging?

That's not an accusation, to be clear, and most Robinhood customers don't seem to care -- we're talking pennies per trade here.

Robinhood's sweeping success with the payment for order flow model, however, has already grabbed the attention of the SEC and congressional lawmakers. Both groups may be mulling regulatory changes that could shatter the company's core revenue stream. Clearly it's the sort of thing investors don't want to see looming for their picks. Growth companies should be of no interest whatsoever to any group with the authority to disrupt their business. Think Facebook before it got caught up in the whole censorship/publisher debate.

3. It's not relying on a hot streak

Daniel Foelber: Robinhood has created a new generation of investors. Commission-free trading, a user-friendly interface, and the ability to invest in stocks, options, cryptocurrency, and more all from one platform have made finance more mainstream. In many ways, Robinhood led the charge on fractional shares, lowered the barriers to entry for investing, and is even spearheading the new concept of letting retail investors participate in initial public offerings on the primary market.

The GameStop debacle certainly tarnished Robinhood's brand, but the data shows that the company continues to attract and retain users. In its Form S-1 filed with the SEC on July 1, Robinhood reported data for March 2021 (among other things). Highlights include that over 50% of its customers are first-time investors and over 80% of customers were organically acquired or came from referrals. Word-of-mouth marketing and referral incentives are proving to be an effective strategy for attracting new customers.

Robinhood's 2020 revenue was $720 million, up 421% year over year. Amazingly enough, its first-quarter 2021 revenue was $420 million, up 440% from Q1 2020. The growth numbers look impressive, but Robinhood lacks a lot of qualities that are essential for a good growth stock.

Many other leading brokerages have implemented similar features (such as fractional shares). And with the rise of Coinbase Global, BlockFi, Gemini, Celsius, Kraken, and other cryptocurrency exchanges and custodians, Robinhood's crypto offering is less enticing.

Furthermore, much of Robinhood's revenue comes from what it calls "transaction-based revenues." To quote its S-1, "because a majority of our revenue is transaction-based (including payment for order flow), reduced spreads in securities pricing, reduced levels of trading activity generally, changes in our business relationships with market makers and any new regulation of, or any bans on, PFOF and similar practices may result in reduced profitability, increased compliance costs and expanded potential for negative publicity."

As our colleagues Brian Stoffel and Brian Feroldi pointed out, there are pros and cons of Robinhood's business. For Robinhood stock to justify its current valuation, the company needs markets to remain volatile, trading volumes to stay high, user count to grow, and regulations to work in its favor. With fierce competition knocking on its door, Robinhood's risks seem to outweigh its rewards.