Make sure these high-yield dividend stocks are right for your investment portfolio.

Dividend stocks can play an important role in almost any investment portfolio, but not all dividend stocks are equal. In today's market, some stocks pay much higher dividend yields than others. There are plenty of reasons for these disparities, but they usually come down to risk and growth potential. These four stocks have some of the highest dividend yields in the S&P 500, but make sure that they fit your investment goals before you decide to buy.

Chevron (CVX -3.19%) is one of the world's largest energy stocks, with diversified operations ranging from exploration and production to the refining and sale of petroleum. Chevron followed most of the energy sector on a wild ride over the past 18 months. Share prices dropped drastically when crude oil fell in the first quarter of 2020. Since the low last March, the stock has returned over 70% as energy prices recovered.

While Chevron has roared back, it's still providing an attractive 5.3% dividend yield. The company increased its dividend in May after gaining confidence in financial results for the next year. The company's financial results ultimately hinge on crude oil prices. If oil continues to rise, as some analysts predict, Chevron's cash flows should be more than enough to support its dividend. As it stands, the forecast earnings for this year result in a very high dividend payout ratio, leaving little wiggle room for additional growth. 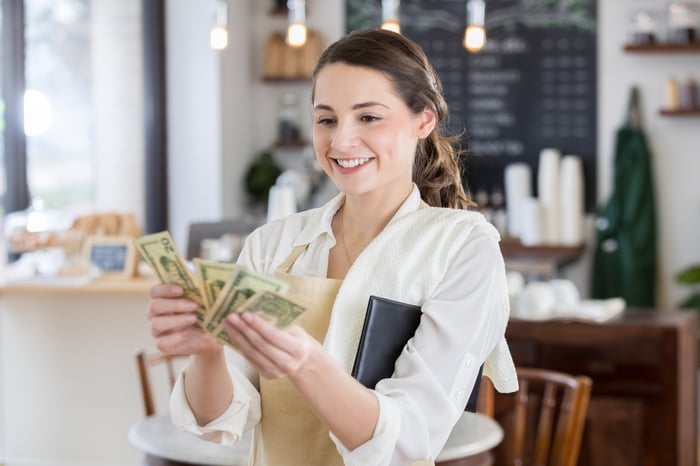 Lumen (LUMN 1.67%), formerly known as CenturyLink, is a multinational telecommunications provider that focuses on the enterprise communications market. The company has undergone a number of changes in recent years through acquisitions, divestitures, and strategic pivots, as it works to find and exploit a competitive advantage. The telecommunications industry is highly competitive, always evolving, and generally dominated by a small number of large market leaders. Lumen's own evolution has therefore been necessary to maintain its successful run.

Lumen Technologies has slowly been shrinking, both in terms of revenue and cash flows. Consensus analyst forecasts are calling for more sales declines over the next two years, with profits following that trajectory. Management's forecasts suggest that free cash flow should remain stable, however.

That's not the most exciting story for most investors, especially those who prioritize growth. As a result, the stock's dividend yield has climbed to an impressive 8%. The company produces more cash than it distributes to investors, so it's an interesting income investment candidate. That's especially relevant to investors who anticipate a market correction. Those investors would benefit from yield over the next couple of years as the market would recover from a potential downturn.

PPL Corporation (PPL -0.38%) is an electrical utility company with operations in Kentucky, Pennsylvania, and the United Kingdom. It provides services to roughly 10 million customers through its various subsidiaries. PPL operates in regulated markets, meaning that it generally operates without competition, but its pricing is controlled by government entities. As a result, PPL is an extremely low-growth company with substantial operating stability and great visibility into future cash flows.

Financial results in recent years confirm this. Revenues have declined slightly, while cash flows have remained relatively flat. The stock's 5.85% dividend yield is enticing, and it's certainly a great yield in the short term. However, there's limited opportunity for future dividend growth. The company has consistently produced negative free cash flow in recent years, it already has a debt-heavy capital structure, and there are simply limited opportunities for expansion. Don't expect any major changes to its trend of ultra-slow dividend growth.

Iron Mountain (IRM -0.37%) is a document protection company that is perhaps best known as a paper shredding and document disposal business. It has adapted to the digital age by growing into data center and information security services.

It's hard to see a world in which Iron Mountain notches high growth. Its last few years have been relatively flat in terms of sales and profits, and analysts are forecasting low single-digit expansion. The stock pays an enticing 5.65% dividend yield today. There's no reason to think that this is under immediate threat of being revised downward, as the company produces more than enough cash to cover its quarterly payout. However, there's also no reason to think that it should be expanding meaningfully anytime soon. The company's long-term success depends upon its transition to a data center business, which is a very competitive space.

Iron Mountain is a solid investment for dividend income with an outside chance for long-term growth.

With Buffett's Backing, Can Chevron Stock Turn the Corner?
363%