The cruise ship operator may finally be back in action.

Shares of Carnival (NYSE: CCL)(NYSE: CUK) were up 0.5% in afternoon trading Monday after announcing its Princess Cruises had completed their first voyages after having been shut down for nearly one and a half years.

Carnival's stock had opened the day up more than 4% but gave back most of those gains as the day went on. 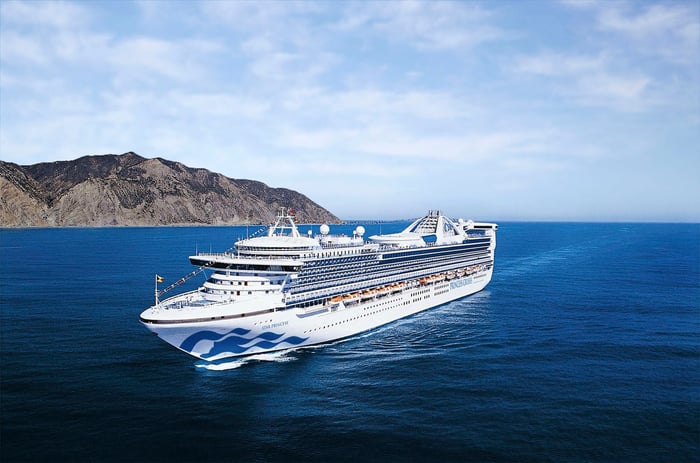 The cruise industry was arguably treated worse by the federal government than any other industry in the country as cruise ship operators were forbidden from sailing even as virtually the rest of the economy was reopened.

Although the U.S. Centers for Disease Control and Prevention (CDC) had issued a conditional sail order that seemingly would authorize the resumption of cruise operations, in reality, it kept ships in port. It wasn't until Florida sued the agency that it finally announced cruise lines could begin sailing again.

Princess Cruises Majestic Princess ship traveled from Seattle to Alaska and back again on the Carnival brand's relaunch of its cruise itineraries.

Yet it still took an act of Congress to allow the ship to sail. The Passenger Vessel Services Act requires any cruise ship traveling between two U.S. ports to first stop in another country if the ship is not a U.S.-flagged vessel.t Archaic maritime laws mean virtually no cruise ships carry a U.S. flag, but because Canadian ports are still closed to cruise ships, the industry wouldn't be able to visit Canada without an exemption.

Now that cruise ships are taking to the high seas once more, the travel and tourism industry may be able to truly recover from the extended shut down of operations.