A regulatory action is giving investors a glimpse of its business beyond the pandemic.

Shares of Moderna (MRNA 1.15%) are up 9% as of 2:45 p.m. EDT today, after the Food and Drug Administration (FDA) granted Fast Track designation for mRNA-1345, the company's vaccine candidate for respiratory syncytial virus (RSV). In April, the company provided data showing an 11-fold and 20-fold increase in neutralizing antibodies for RSV-B and RSV-A, respectively, compared with its previous vaccine candidate.

RSV typically produces cold-like symptoms that last for a week or two. However, it does lead to about 58,000 hospitalizations in young children and 177,000 in older adults every year in the U.S. The agency's designation only applies to people over 60 years old. 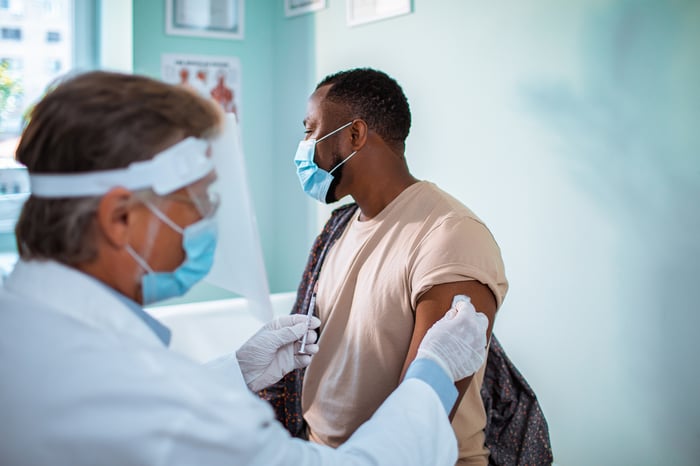 There is currently no approved vaccine for RSV. The Fast Track designation is a way for the FDA to expedite development of drugs that treat a currently unmet need. The process has lost some of its meaning in recent years. As an example, 73% of new drugs received the designation in 2018.

If Moderna can commercialize the drug, it won't have to share the rewards. It owns 100% of the asset. Although the market is estimated at less than $1 billion, the impact could be more substantial. It plans to create a seasonal respiratory vaccine to protect against RSV, COVID-19, and influenza. Insurers would be more likely to push that drug, as combining one shot for multiple protections is likely to increase compliance with recommended inoculations.

In the short term, the $19.2 billion Moderna expects from its COVID-19 vaccine far outweighs any impact from the RSV vaccine. However, it's a positive signal that the company will be able to leverage its mRNA platform and commercialize drugs beyond the pandemic.