Shares of space tourism start-up Virgin Galactic Holdings (SPCE -0.39%) are down 2% as of 3:15 p.m. EDT. There's no particular news behind the decline today. But there soon may soon be. 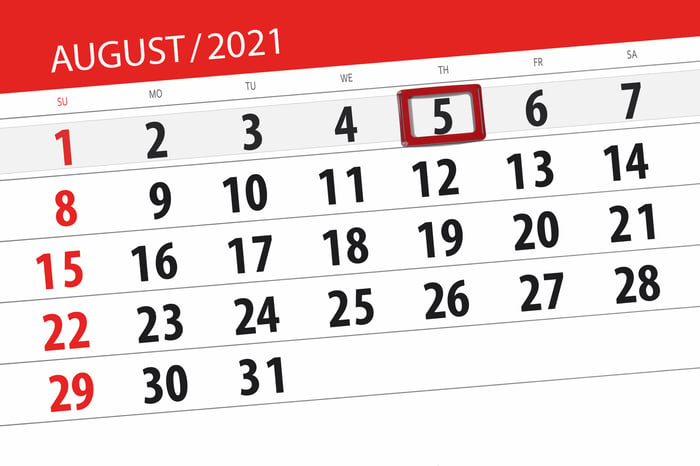 Virgin Galactic is due to report its Q2 earnings on Thursday -- or more precisely, its Q2 losses.

In fact, that may be the reason why the stock is down a bit today, as investors buckle up for potential disappointment. Analysts have Virgin Galactic pegged for a $0.33 per share loss for the quarter, 10% worse than last year's Q2 loss of $0.30 per share. But here's the thing: Seeing as everyone is already expecting a loss of one size or another, there's really a pretty good chance that Virgin Galactic will use Thursday's report to try to "change the story," and make some announcements that could help send its stock up, not down.

What kinds of announcements, you ask? Well, Investor's Business Daily had some thoughts on that score today. It suggests Virgin Galactic might, for example, announce that now that its VSS Unity spaceplane has been cleared to carry paying passengers, it is raising ticket prices from its initial level of $250,000 -- hastening the day when Virgin Galactic can expect to begin earning profits.

Granted, there's risk in setting firm dates that the company might end up missing. But with Virgin Galactic stock down more than 40% now in less than a month, I wouldn't bet against management taking a bit of a flyer on Thursday, and dropping some big news to get its stock moving in the right direction once again.