The online bank blew past analysts' expectations and management's guidance for the second quarter.

It took longer than I thought it would, but after LendingClub (LC -0.74%) blew past all earnings expectations for the second quarter, the market could finally ignore the company no more. The digital marketplace bank's stock shot higher by more than 40% in after-hours trading on July 28 following the release of the Q2 report. Overall last week, LendingClub stock climbed by 54%.

In the month preceding July 28, the stock had fallen by more than 10%, and it seemed like the company's story simply wasn't resonating with investors. Now, even in the wake of its recent surge, I continue to believe LendingClub is undervalued.

The power of the marketplace bank

It's understandable why LendingClub fell off the radar for many investors. Its CEO was ousted some five years ago in a scandal over loans, and that controversy and other issues with the business model continued to plague the company for some time. Further, onlookers might not have fully understood the company's plan when it announced it was acquiring the branchless Radius Bank in 2020 and becoming a licensed bank.

LendingClub's core business is originating personal loans -- typically for terms of three to five years -- that are primarily used to refinance credit card debts or make major purchases. The company has a member base of roughly 3.5 million, many of whom use its service more than once. Now that it has become a bank, LendingClub is able to fund those loans with a much cheaper stream of capital -- the low-cost deposits that it brings in through Radius. It also has cut the expense of paying third-party banks to originate loans.

LendingClub also chose to begin holding onto a portion of the loans it originates instead of selling all of them into the secondary market. The company plans to retain 15% to 25% of loans originated on its balance sheet, where they will bring in recurring net interest income. CEO Scott Sanborn has said that those loans are three times more profitable for the lender than the ones it sells. 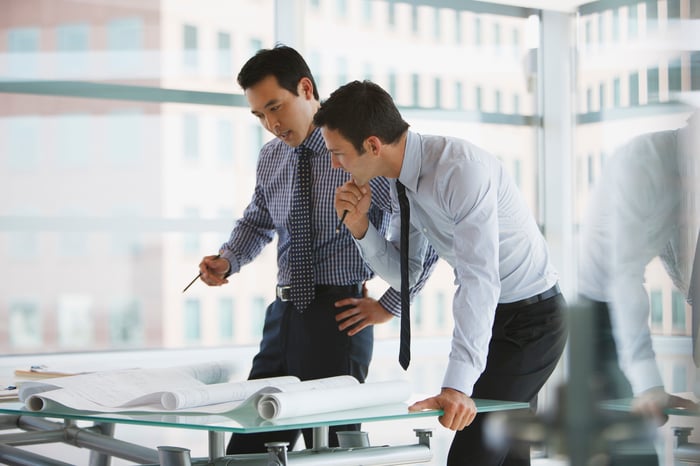 Q2 was the first full quarter in which LendingClub was a digital marketplace bank, and with the U.S. economy picking up momentum, the lender far exceeded expectations.

"Across the board, the actions we took as we reentered the market drove better results on a faster timeline than we had anticipated," Sanborn said on the earnings conference call. "I'd note that as the unsecured credit market is recovering, fintech is growing faster than the market, and we are growing faster than other fintechs."

Analysts were blown away by the quarter. "Let me be a little exuberant here," said Henry Coffey of Wedbush Securities. "This is amazing. This is a great accomplishment. So congratulations."

We really saw the full power of the digital bank marketplace on display. The bank originated more than $2.7 billion in loans and made more than $151 million in revenue by selling loans to investors through its marketplace.

Sanborn said that the company added several new banks and asset managers to its platform that were interested in purchasing loans. And he noted that now that LendingClub is a licensed bank, other banks and institutional investors are more willing to purchase its loans because they know it's being held to the same regulatory standards as they are. "We're eating our own cooking ... so that gives people a lot of confidence and how we view the importance of credit quality," he said.

One big question the market will be asking from here is how LendingClub's credit quality will hold up now that it's quickly growing its loan volume, especially when it comes to unsecured personal loans, which tend to have higher default rates. But management seems to be taking a conservative approach. The bank set aside roughly $34.6 million in loan-loss reserves in Q2, most of which management attributed to consumer loans originated and retained on the balance sheet that quarter. LendingClub added roughly $383 million in net new consumer loans to its balance sheet, so that implies a loss coverage ratio of roughly 9% for those loans.

That coverage is probably a little higher than what the company is actually targeting, as my calculation is far too simple, but it shows LendingClub is acting conservatively. Additionally, we know that LendingClub's credit models are informed by 148 billion cells of data, which is a lot -- even in the world of fintech.

Another highlight worth noting is that LendingClub generated significant operating leverage -- the difference between the growth rate of its revenues and the growth rate of its expenses. This was the first quarter that the bank could really go on the offensive, and it ramped up its marketing spend by 80% sequentially. Expenses overall also rose 19% in the quarter, but none of that matters because net revenues grew by 93%, giving it 74% operating leverage, which is pretty remarkable even if it's just for one quarter. Most large traditional banks are happy to generate operating leverage in the mid-single-digit percentages in a given quarter.

Despite the huge run-up in share price after the earnings report, this is likely just the beginning for LendingClub's stock. Management has significantly lifted its full-year guidance. It now projects loan originations in the range of $9.8 billion to $10.2 billion; revenue between $750 million and $780 million; and net income ranging from a $13 million loss to a $3 million loss. Earlier this year, management had only guided for originations of $3 billion; revenue of $250 million; and a potential loss of roughly $140 million.

Given how significantly it has outpaced analysts' estimates and  its own guidance in the last few quarters, it's hard for me to imagine it won't do so again, especially considering the broader economic growth expected for the rest of the year. Assuming LendingClub does generate $750 million in revenue in 2021 (the low end of its guidance range), based on its current market cap of roughly $2.5 billion, the company is only trading at roughly 3.3 times 2021 revenue.

CFO Tom Casey said losses on loans tend to manifest about nine to 12 months from origination, so the market will get more answers about how credit quality is shaping up over time. LendingClub also plans to ramp up auto lending and its checking account product through Radius Bank over the next few quarters, which could drive substantial revenue growth.

Why LendingClub Was a Dog of a Stock Today
363%