Visual search engine Pinterest (PINS -5.06%) reported its 2021 second-quarter earnings on July 29, and has seen its stock fall more than 25% since then. This large drop may have investors spooked, but is the selling warranted, or is there an opportunity? Here is why Pinterest's dip may only be a temporary setback for investors.

Pinterest turned in a strong earnings headline, Q2 revenue was $613 million, and earnings per share were $0.25, both beating analyst estimates. Unfortunately, Pinterest's monthly active user data is what scared investors. While the company's global MAU grew 9% year over year to 454 million, Pinterest lost 24 million users from the prior quarter, and U.S. users were down 5% from the second quarter of 2020.

A social media platform's number one rule is "Don't lose users," and Pinterest has broken that rule. Management attributed the loss of engagement to the end of lockdowns and tough comparables due to COVID-19 while noting that the lost users were primarily desktop users and that international mobile app users grew 20% year over year. 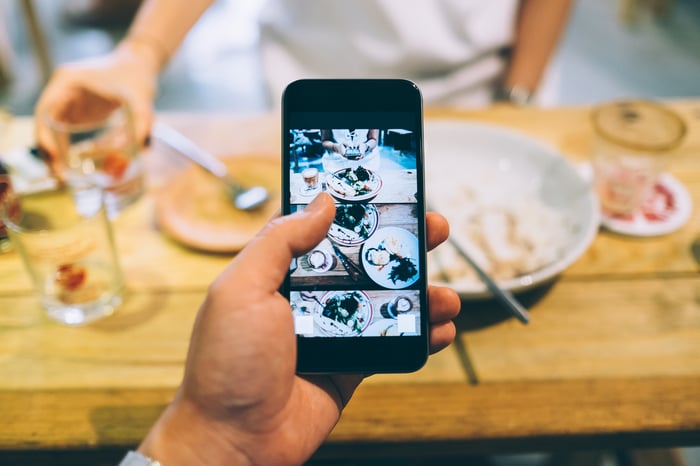 Still, investors have not taken kindly to the drop in monthly active users. A platform's user base is thought of as its "pipeline." If users are growing, it could be a leading indicator of revenue growth because social media companies can monetize more users over time. A decline in users could indicate that the platform itself has peaked and that its upside could be limited moving forward.

Do the financials tell a different story?

Pinterest is early in its process of monetizing its user base, generating average revenue per user (ARPU) of $1.32 in Q2. Social media company Facebook, for example, generated an ARPU of $10.12 in its most recent quarter, more than seven times that of Pinterest.

Pinterest's Q2 ARPU was an 89% increase year over year, and the additional user growth globally produced 125% revenue growth over 2020 Q2. If management can continue to generate revenue from its user base at a portion of what Facebook has, there is still a lot of revenue growth to be had.

Pinterest is putting most of its energy into monetizing its already sizable user base, aggressively rolling out new features to establish itself in e-commerce. The company has a partnership with Shopify, enabling merchants to put their products into Pins.

Management noted a 50% increase in catalog uploads from the previous quarter and is testing a similar rollout with WooCommerce, an e-commerce plug-in for websites, in Q3. Users can now save Pins in "shopping lists," letting users easily return later to purchase products.

Pinterest is developing Automatic Bidding for Awareness, and Campaign Budget Optimization, which helps advertisers maximize their return on ad spending. By the end of Q2, nearly three-quarters of Pinterest's revenue was using the company's Automatic Bidding tool.

Analysts expect Pinterest to grow its revenue 53% to $2.6 billion for the full 2021 year. This values the stock at a price-to-sales (P/S) ratio of under 15, a seemingly inexpensive P/S ratio for a company growing revenue at a triple-digit rate, and that is profitable to boot. It's trading at a premium P/S to larger peers like Facebook and Twitter while at a discount to Snap, which recently posted strong user growth.

Whether Pinterest is an opportunity after this dip depends on whether investors see Pinterest as a "story" of slowing user growth or as one of rapidly growing monetization. It may take some time for the story to play out, but if Pinterest continues to grow its revenue per user while restarting user growth, Pinterest might become a rebound story.