News out of Detroit is why fuel-cell focused investors are fretful today.

Consistent with the overall bearish mood that's driving the S&P 500 and Dow Jones Industrial Average lower today, shares of fuel cell leaders Plug Power (PLUG 1.62%) and Bloom Energy (BE -0.90%) are also slipping. As of 3:40 p.m. EDT, the stocks of Plug Power and Bloom Energy are down 2.8% and 3.7%, respectively.

Plug Power's decline may seem confusing today considering the company's news this morning. Along with several partners, Plug Power announced the creation of the Hydrogen Aviation Test and Service Center located at Grant County International Airport in Washington State. Speaking about the new project, Plug Power's CEO Andy Marsh said, "The decarbonization of aviation through hydrogen is critical for a zero-carbon economy." 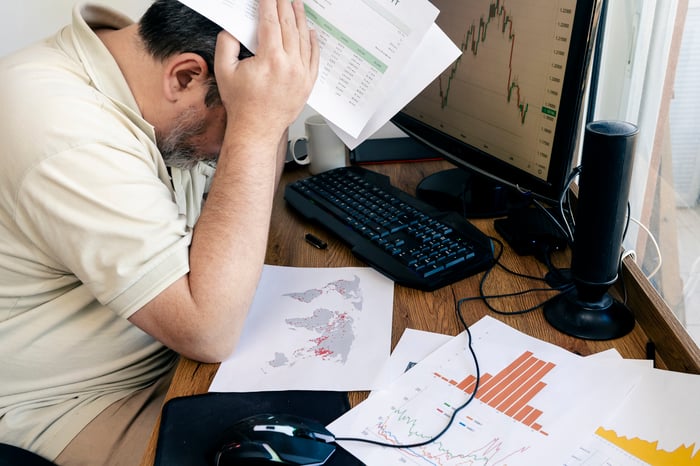 On its surface, the news today may seem like a positive sign for Plug Power, suggesting a new growth opportunity. Investors, however, are likely sensitive to the fact that hydrogen flight is in the extremely early stages of development, and it'll be years before Plug Power recognizes it as a financially advantageous endeavor.

With regards to the aviation news today, Plug Power's investors' lack of enthusiasm is far from a shock. Shareholders would rather see the company report deals that are going to help the company grow the bottom line -- not projects that will have no material impact on its finances. Likewise, it's to be expected that GM's interest in developing its fuel cell program is troubling Plug Power's shareholders. Shares have soared over the past year on the belief that the company is on the precipice of considerable growth, but GM's motivation to gain a foothold in the fuel cell industry can certainly impinge those plans.

For Bloom Energy investors, the concerns are more tangential, but it's not all that surprising for one fuel cell stock to trade lower in sympathy with others.