The recently IPO'd synthetic biotechnology start-up ousts its CEO as its only product hits a brick wall.

Zymergen (ZY) stock got slammed this morning and had plunged 76% at 11:25 a.m. EDT, thanks to some jarring updates coming in from the "biofacturing" start-up that went public just this past April via an initial public offering (IPO), whose stock made a stellar debut on the day of listing.

Zymergen's sole product is staring at a bleak future, management suddenly isn't sure about the size of its target addressable market, and its CEO has stepped down abruptly. All in a day's time.

Before I tell you what's exactly happening at Zymergen, some background is important.

In December 2020, Zymergen launched its first such product, Hyaline, which can be used to manufacture foldable touchscreens. In its prospectus, though, Zymergen stated Hyaline was still in the customer qualification stage, and that just to speed up product launch, it had launched a version that was being produced by third parties using a non-fermentation process. 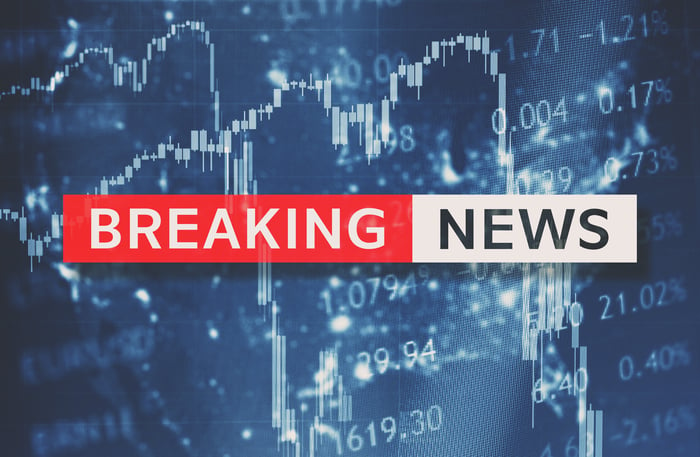 On August 3, Zymergen said several of its key target customers faced "technical issues" in implementing Hyaline into their manufacturing processes. As a result, the company will delay its ramp-up, and it doesn't expect to generate any product revenue in 2021. Further, it expects product revenue to be "immaterial" in 2022.

That's come as a huge shock to the market, as only this past May, during its first-quarter earnings release, Zymergen said it expects to begin generating revenue from Hyaline in the latter half of this year and to convert nonfermentation biomolecules to fermentation-produced biomolecules by 2022.

There's more bad news. Zymergen said the total addressable market for foldable displays is growing at a slower-than-expected pace, compelling the company to rethink its market focus and sales forecast. To put it bluntly, it appears Zymergen now doesn't even know if there'll be enough takers for its only product.

Things turned so sour for the company that its CEO Josh Hoffman has stepped down effective immediately, handing over the reins to former CEO of Illumina Jay Flatley. Flatley will serve as acting CEO until the company finds a permanent replacement for Hoffman.

There's not much left to be said here. Whatever little revenue -- to the tune of $5 million or $6 million -- Zymergen expects to generate in the second quarter will come from collaborations and research-and-development agreements.

As of the end of March 2021, Zymergen had accumulated net losses worth a whopping $858.3 million since inception. With no revenues in sight for now, there's little hope for Zymergen.

Why Zymergen's Stock Is Skyrocketing Today
349%