Data doesn't lie. These leaders give you a better shot at long-term gains.

According to author LouAnn Lofton, female investors spend more time researching investments and less time trading. Perhaps that's why their portfolios outperform their male counterparts, on average. It could also be one of the reasons women who hold the top spot at a company also tend to outperform. A 2019 report from CNBC showed 13 of the 24 female CEOs of companies in the S&P 500 index delivered better returns than the index as a whole. Research from Australia's Macquarie Business School validated the conclusion when expanding the group to companies with at least three women on the board of directors.

The women at the head of AMN Healthcare (AMN -2.15%) and Arista Networks (ANET -2.85%) have trounced the market during their tenures. If history is any indication, that outperformance is likely to continue. Here's how each is planning to keep delivering for shareholders in the years ahead. 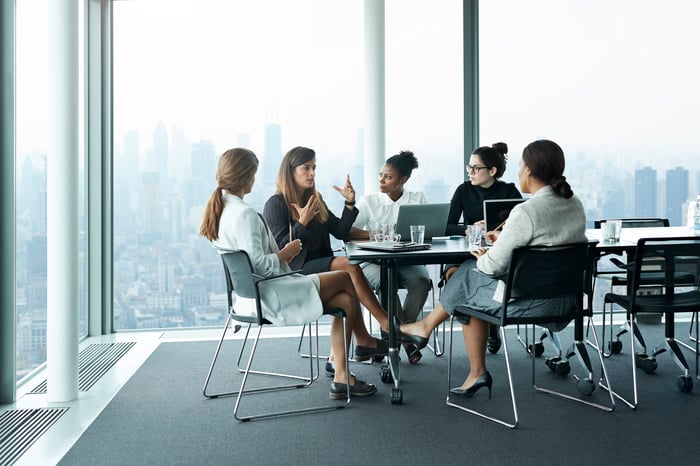 Salka's story could be the seminal example of what it looks like when capability and opportunity meet. She grew up in a small midwestern town and attended tiny Chadron State College in Nebraska. After graduation, she joined a biotech company in California that was subsequently acquired. While there, she impressed the executives so much that they invited her to join the venture fund they were starting despite her youth and inexperience.

The fund turned out to be a success -- five of its six investments were acquired or went public -- and Salka was given opportunities that she felt were beyond her experience. But the executives believed in her and encouraged her with assurances that there was a safety net if she ever needed it.

After the fund closed in 1990, she joined a company with 18 employees in the same building she was working in -- American Mobile Nursing, or AMN. She climbed the ladder, including taking time away to start a family, and became CEO in 2005. Under her leadership, AMN has grown into the largest healthcare staffing company in the U.S. That run also saw the stock more than double the return of the S&P 500 index. 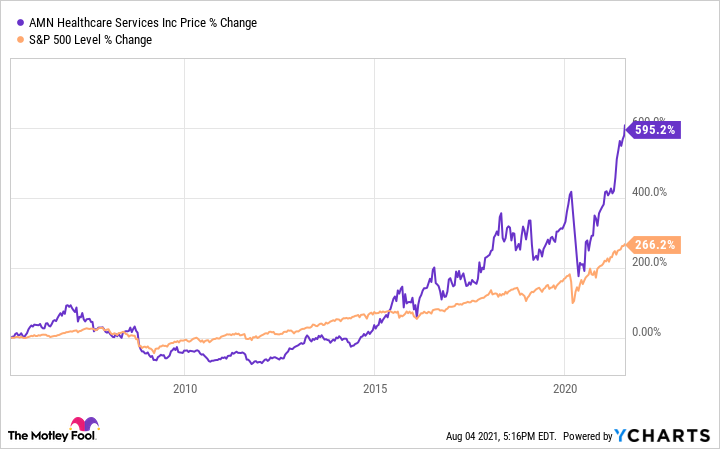 Salka continues to lead through industry changes. She was early to recognize the need for hospitals to not only fill positions but also optimize their workforces. In addition to helping health systems find nurses, doctors, and administrative leaders, AMN has stepped into the technology arena with software-as-a-service (SaaS) solutions like vendor management and labor analytics. It's a segment that only accounts for 10% of revenue but has grown 91% so far in 2021. That's on top of 135% growth in 2020. AMN has gotten more credit from Wall Street lately, seeing its price-to-sales ratio double over the past four years. But with a market cap of less than $5 billion, it's just scratching the surface of the opportunity.

Ullal is a billionaire. Her 5% stake in Arista Networks makes her one of 108 female self-made billionaires in the world. She joined Cisco in 1993, eventually leading a business unit that generated one-third of its revenue. In 2008, she joined Arista -- the creation of two ex-Cisco executives, David Cheriton and Sun Microsystems co-founder Andy Bechtolsheim. The duo formed the company to build a solution for tying 100,000 servers together at high speeds and low cost. When the product was ready, they brought in Ullal. The rapid growth and profitability her team delivered has produced market-crushing gains for the stock. 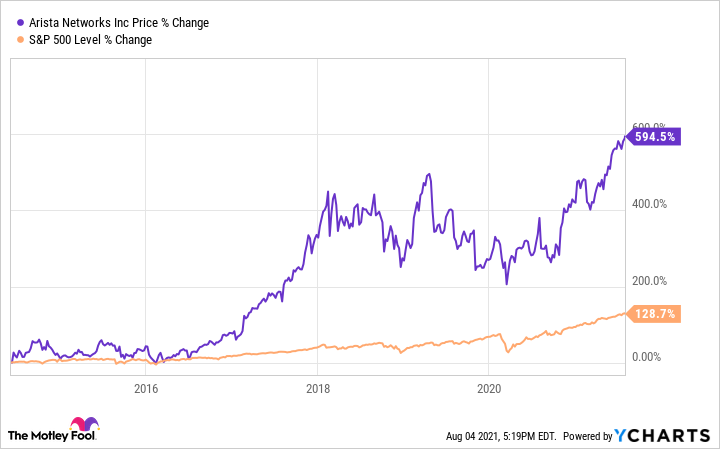 For years, Arista was heavily reliant on Microsoft (and later Facebook) building out massive data centers for growth. The pair essentially drew the map for the cloud infrastructure we use today. Now, Ullal is shifting the company's focus from high-performance hardware to software. But she's doing it without losing sight of what customers value. Namely, handling the complex tasks involved in optimizing the operations of a cloud data center.

She believes Arista is a software company at its core. After all, it is founded on code that simplified cumbersome networking programs. She sees the shift as phase two for the company, diversifying into a larger market beyond large cloud providers. She highlighted the opportunity in an interview with The Technology Letter:

"We're entering a much larger market opportunity," says Ullal. "We were very clear at IPO that our market opportunity is eight to ten billion dollars, and today that market is heading to twenty billion, and to thirty billion in three to five years."

Rest assured the growth in data centers isn't going anywhere. Microsoft alone plans to build 50 to 100 more data centers each year for the foreseeable future. Each of those houses tens of thousands of servers. For her part, Ullal is keeping her eyes on the big picture and making decisions that drive consistency and growth for multiple years. That's likely to be great news for shareholders with the same time horizon.