Virgin Galactic is losing a lot of money now -- but maybe not so much after it doubles its ticket prices.

Less than 24 hours after the company reported earnings last night, shares of space tourism company Virgin Galactic (SPCE 3.67%) took off like -- what else? -- a rocketship this morning, rising 10.3% through 10:10 a.m. EDT.

And yet, Virgin Galactic didn't report a profit last night, but rather a loss. 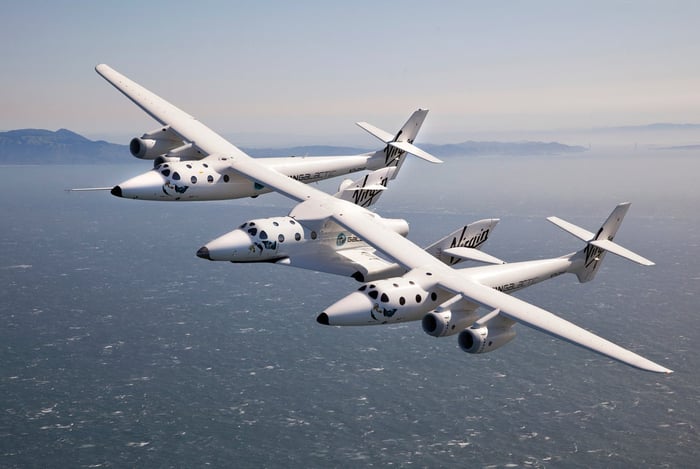 Of course, seeing as no one expected Virgin Galactic to earn money in Q2 anyway, the real import of this report was never going to be about the numbers, but about the announcements Virgin Galactic would make after reporting its numbers.

And in that regard, Virgin Galactic did not disappoint, offering up a raft of new information.

Management promised to proceed with its test flight schedule this year, sending an Italian Air Force team to space on a "revenue-generating flight" (of unspecified value) dubbed Unity 23 sometime in late September. Then will follow a period of quiescence, as the company modifies the configuration of its VMS Eve carrier aircraft. The Unity 24 test flight will take place sometime in mid-2022, and then commercial operations will begin sometime after that.

Speaking of commercial operations, finally, management said it has reopened ticket sales for future flights, and will sell single seats for $450,000 and up, offer more expensive packages for groups, and even permit passengers to buy out an entire flight.

Presumably, it's these higher ticket prices -- and the higher revenue they will bring -- that has investors most excited today. It is worth pointing out, however, that the company has already sold 600 tickets -- enough to max out the first 100 commercial flights -- for prices ranging from $200,000 to $250,000. It will need to work through these cheaper flights before beginning to collect on any higher-priced tickets.