Investors are worried that the new delta variant may lead to another rash of cancellations.

The cruise company's share price was up 50% year to date at its highest point this year but is now just up 6.2% for the year. 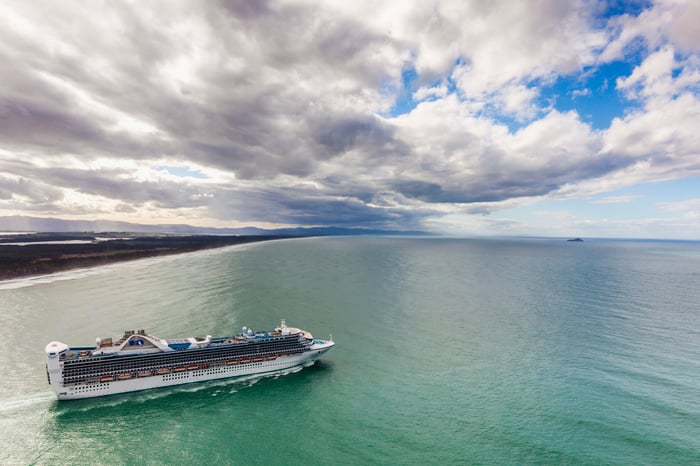 Things were looking good for Carnival as the company announced plans for additional cruises in September and October, a ramp-up that was proceeding according to plan. Vaccinated cruises had been operating successfully and the company implemented procedures and processes to ensure the health and safety of its guests. The company was even projecting that its total operating capacity could return to almost 75% by the end of this year.

However, the delta variant is throwing a spanner in the works for Carnival. Daily infections in the U.S. have hit a six-month high of 100,000 cases per day and Dr. Anthony Fauci, chief medical advisor to the president, predicts that cases could double. Europe and the Asia-Pacific region are not faring any better, with both continents struggling to contain a surge in COVID-19 cases.

Investors are justifiably worried that the new wave of infections would crimp discretionary spending and result in a rash of cancellations for the cruise company. Carnival had managed to more than halve its net loss for the quarter ended May 31, but the resurgence in infections could hamper the company's recovery and send it spiraling into yet another crisis.

And there's reason to worry, too. Early signs suggest vaccines may be ineffective in stopping the transmission of the delta variant, while scientists are also watching out for more worrying variants such as lambda, which may either be more transmissible or cause more severe disease. This fear is not going away anytime soon and may continue to depress sentiment for Carnival's stock.